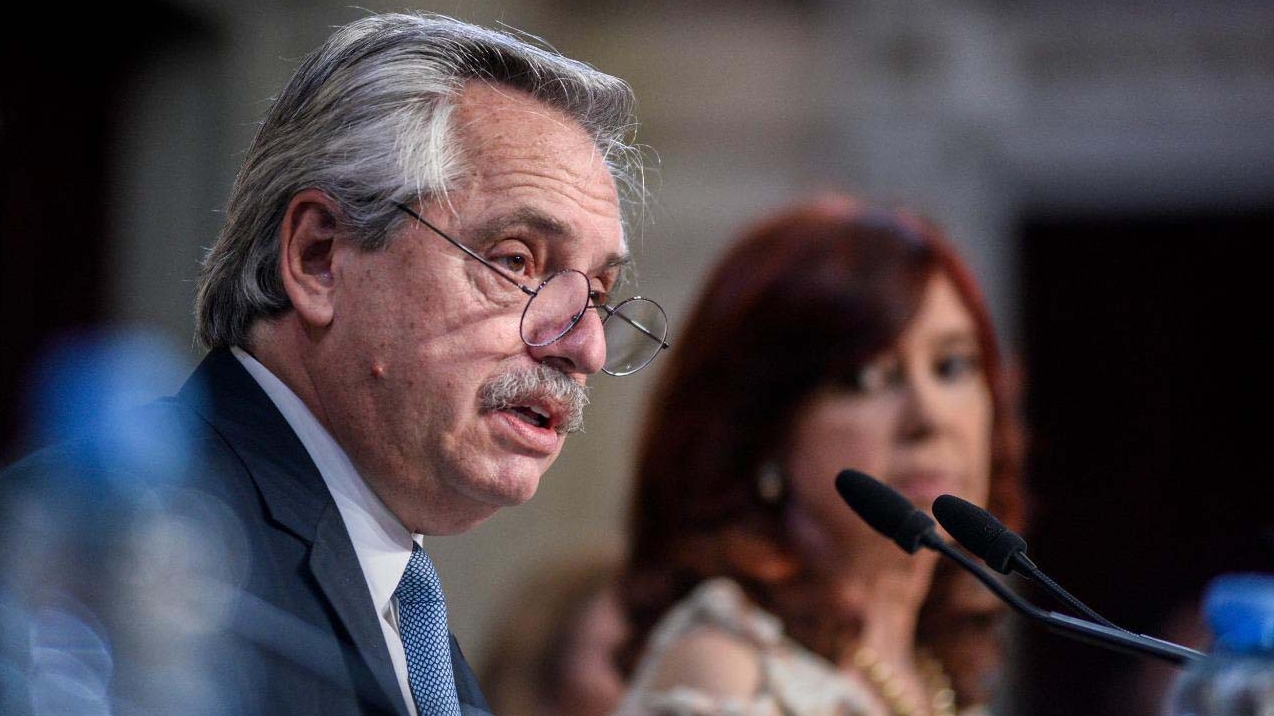 Fernández vs. Fernández in Argentina

Argentina loves soccer. And today he plays his worst game. The home team went to the locker room at halftime with three goals against, and instead of planning the strategy to turn the score around, the coach and the players crossed each other with fists. The audience was amazed at the boxing show. When the second half started, the final defeat seemed consummated. The South American country plays against itself and the protagonists have a first and last name. On the one hand, the president, Alberto Fernández; on the other, Cristina Fernández de Kirchner, his vice. The Fernándezes fight and Argentina suffers.

Last Sunday, the Peronist coalition that has governed the South American country since December 2019 suffered an unprecedented beating in an election to qualify candidates for the real legislatures, scheduled for November 14. As the election was open and mandatory, the result anticipated what the ruling party can expect in eight weeks: its candidates lost in 18 of the 24 districts and control of Congress is at risk. The catastrophe was 3-0 in the first half and dynamited the Peronist alliance formed by the Fernández plus Sergio Massa, the president of the Chamber of Deputies. The fight put in evidence what many Argentines knew and others presumed: the power in Argentina belongs to Cristina Fernández de Kirchner. The president, anointed by her as a candidate two years ago, is in his place only to obey her, they think, and now they say aloud, the Kirchnerists. How much he must obey is at the origin of the crisis that now paralyzes Argentina.

“Alberto Fernández’s coalition strategy was to give each one a piece and not build power,” says Pablo Touzon, a political scientist at the Escenarios consultancy. The Cabinet of Ministers was evidence of this distribution. Without his own party, Fernández kept the Cabinet headquarters and the Ministry of Economy for himself and handed over other key pieces. The relationship with the provinces, in the hands of the Interior, and other directions with high budgets were left to Kirchnerism. After the defeat, Cristina Kirchner felt in the desert and pressured Fernández for a change of collaborators. The president preferred to wait for the Legislative and the war began. On Friday night, she finally gave in to the pressure, got rid of her chief minister, and kept all the vice president’s positions in place. The relationship between the two was never easy, because the president “saw himself as the coach of the coalition.” “But for it to work, there must be a power that commands, otherwise balkanization appears. Fernández had to build power when he was 80% popular because now, in a hurry, he has to do it in 48 hours ”, adds Touzón.

Relationship problems come from the cradle. Cristina Fernández de Kirchner knew in 2019 that she could not defeat Mauricio Macri alone and chose Fernández to lead the candidacy of a united Peronism. He thought that Fernández could attract disenchanted Peronists with his top-down and even authoritarian forms. The decision, however, was surprising. Fernández had, since his departure from the Chief of Cabinet, in 2008, years of merciless attacks on his former boss, whom he accused of all possible evils. When Fernández de Kirchner summoned him for the presidential formula, few gave long life to the relationship, despite the fact that the new candidate promised ad nauseam that he would “never again” fight with his boss. The truce lasted until the first electoral defeat.

The presidential couple had already spent months without speaking, with contacts through interlocutors. When the situation warranted it, Fernández de Kirchner used social networks to publish long letters of repudiation or support for the president, depending on the occasion. Meanwhile, Kirchnerism in the street added unease, convinced that Fernández was an occupier in the Casa Rosada, a usurper of the popular vote who did not recognize the debt he had with Cristina. Last Tuesday, 48 hours after the primaries, the president and vice-president met alone to develop a reconstruction strategy. Cristina requested the change of ministers to oxygenate the management and add possibilities in the legislative ones. Fernández refused. The meeting ended with a shout, according to sources from one of the parties. And without agreement, of course.

“The vice president felt that they had hit her in the hard core of her electorate,” explains political scientist Gabriela Rodríguez, a professor at the University of Buenos Aires. “She knows that there are people who adore her irrationally, people whose life is changed by certain policies of Kirchnerism. According to her reading, the president offended those people who come to hug her and now she can’t eat, ”he adds. To regain that vote, which is still not clear if he went to the opposition or just stayed at home last Sunday, Kirchner believes that more Kirchnerism is needed. In other words, more money on the streets, more presence of the State, more public policies. That plan collides with the Argentine needs to agree with the IMF, to which it cannot pay the 44,000 million dollars that President Mauricio Macri received as a ransom in 2018. Facundo Cruz, political scientist and author of Partners, but not so much, considers that to close the Kirchnerist circle, Argentina had to grow, but the pandemic fell on it like a slab. “That economic reactivation that they wanted for 2021 is not there and in the Frente de Todos there are now differences in strategy. Cristina and Alberto do not coincide in the timing to achieve that goal ”.

Peronism now has until November 14 to recover votes and avoid another catastrophe at the polls. The spectacle that the Argentines witnessed during the last week will not help much. However, it is not wise to underestimate the resilience power of Peronism. “Things are reactivated when the objective is power, because coalitions love and hate each other,” says Gabriela Rodríguez. “Now it is their turn to heal the wounds, group the troops, unify the command and go out to fight the elections because none of the three legs benefits from the rupture,” adds Facundo Cruz. In any case, the couple will once again put their strength to the test when they count the votes of the Legislative. They don’t expect good news.