Ferrovial returns to its annual highs 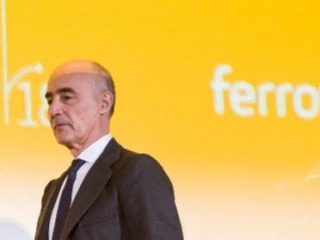 Ferrovial moves with advances that exceed double digits since the month of January began. With many operations, almost no vacation this summer. In fact, Expansion was advancing its divestment of its infrastructure services division to Portobello Capital for an amount that is close to 300 million euros. It is negotiating this sale, which includes the management of the control towers, park cleaning, Renfe’s on-board service and road maintenance to Spanish private equity capital.

From Rent 4 They consider that it would be a good operation from a qualitative point of view, since they have been trying to sell this division since 2018, although they do not consider it to be of significant size for the group. They reiterate their overweight about the value to a target price of 25.96 euros per share. This gives Ferrovial a very basic run of 4.2% over its closing price yesterday.

Meanwhile, another operation on the table is the sale of its UK service subsidiary Amey, with several candidates for purchase and that could be closed, although it is still a possibility, before the end of the exercise. Let us remember that it is a complex operation, but that, after overcoming some obstacles, it can be produced, at least in part and sold separately in each segment, after being on sale for some time, since the end of 2018.

In its quotation graph we see that the value barely marks movements in the last 20 sessions, with slight advances so far this month and annual increases that reach 11.16% for Ferrovial. From maximums, it is separated by 4.5%.

To all this, it is added that the company chaired by Rafael del Pino will become a reference partner of the German group Lilium up to 15% among all, since it has as partners the American BlackRock or the Chinese Tencent. Company to be listed on the Nasdaq after its merger with Spac Qell is announced.

The company builds and operates electric aircraft and vertiports, therefore facilities for vertical take-off and landing. It is expected that, when it is listed on Wall Street, it will have a value close to 2 billion euros, as he says. Intermoney that, bet to keep the value, with a target price much lower than its current price, 22 euros per share.

In November, It is expected that on day 2 all the operations of its Flexible dividend will start and what will be the first payment on account for this fiscal year. 0.20 euros per share are expected and 0.35 euros already in May next year to complete the shareholder remuneration for 2021.

For Eduardo Faus of Renta 4, Ferrovial “Presents at 25 euros, the area prior to its all-time highs. The price continues its climb towards the highs of January this year at 29.5 euros, which in turn represent its all-time highs. Since June it has fluctuated in a range with support at 23.6-23.8 euros and resistance at 25 euros, above which it leaves the way open towards 29.5 euros. In the short term, the bullish gap opened at 24.5 euros constitutes immediate support. Buy recommendation ”.

The technical indicators for Investment Strategies present Ferrovial with a score revised upwards of two points up to 7.5 out of 10 total points for value. Its medium and long-term trend is upward, the overall moment, both fast and slow, is positive and its volatility, in the medium term, is decreasing for Ferrovial.