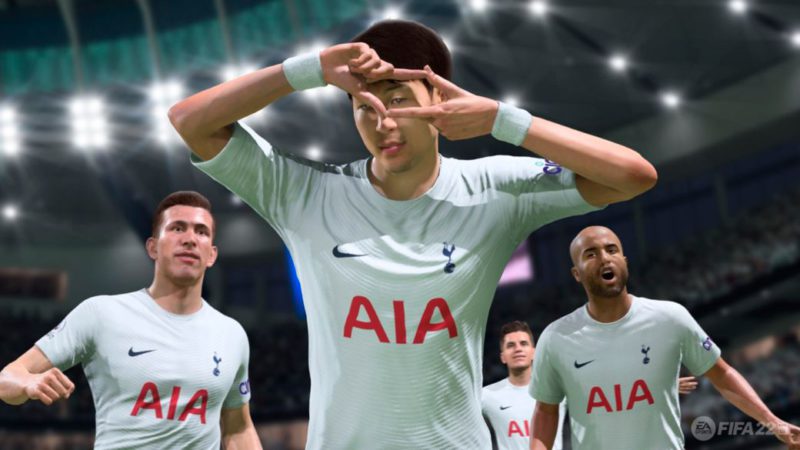 EA Sports is celebrating; so much so, that he has shared a good handful of statistics of the players of FIFA 22 after his first 22 days in the market, a series of community data that gives us an idea of ​​the scope of the franchise and of this new installment in particular. A compilation of milestones achieved by the community that do not cease to amaze even after only three weeks since its launch on PC and consoles.

The footballing milestones of FIFA 22 players

Thus, and thanks to the summary of the statistics that EA Sports has prepared after the first 22 days of FIFA 22, we know, among other things, that it has been played in more than 200 countries around the world, with an average of 89 million games played per day for a total of 2.1 billion games and 46 trillion minutes played in total, the equivalent of more than 87.8 million years of play and more than 5 billion goals scored.

“The growth of our global soccer platform continues to advance at an unprecedented rate, and our fantastic community is engaging at an unmatched level. We are excited to continue that momentum by providing the most immersive soccer game experiences available to players anywhere in the world, ”he says. David jackson, Vice President of Brand for EA SPORTS FIFA.

But there is still more; In Career mode, EA SPORTS FIFA 22 has seen 3.1 million new clubs custom created through Create Your Club with 2.1 million players participating in the mode. Throughout the Pro Clubs game mode, more than 57.7 million matches with more than 326,000 female avatars created. And for VOLTA FOOTBALL, for its part, more than 1.5 million avatars have been customized, more than 21 million games and more than 11.2 million players have participated in arcade party games.

“Together with hundreds of licensed partners, including the Premier League, Bundesliga, LaLiga Santander, UEFA and CONMEBOL, we have the privilege of creating the most authentic interactive soccer platform in the world, enabling more than 150 million fans around the world the world to connect with their favorite leagues, clubs and players ”, they conclude from EA Sports.