Home
Entertainment
FIFA 22: what progress will carry over from PS4 to PS5 and Xbox One to Xbox Series X | S

FIFA 22: what progress will carry over from PS4 to PS5 and Xbox One to Xbox Series X | S 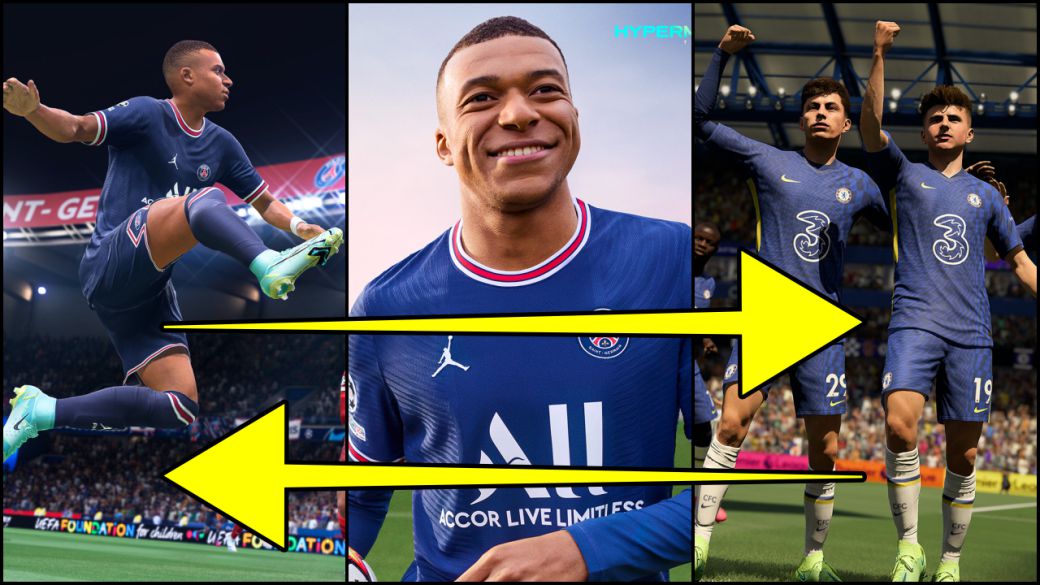 Electronic Arts presented this Sunday, prior to the final of Euro 2021, the first trailer of FIFA 22, the long-awaited new installment of the most popular football simulator. With this, the support portal has been updated with useful information for players; especially at a time of generation like the current one, where many users are in full transition from one generation to another. Those who make the jump from PS4 to PS5 or from Xbox One to Xbox Series X | S will be able to transfer practically all their progress.

Let’s put ourselves in a situation. You buy FIFA 22 on PlayStation 4 or Xbox One and, as the months go by, you get a PlayStation 5 or an Xbox Series X | S. The first thing you should know is that thanks to Dual Entitlement (Double Version in Spain) we can download the version for free next gen at no additional cost with the Ultimate Edition; or run the previous generation versions via backward compatibility. But that’s not all, because EA also guarantees transfer of progress.

“All the progress you make or the content you acquire in FIFA 22 Ultimate Team (including players, items, coins, FIFA points, match record and leaderboard position), as well as all progression in VOLTA FOOTBALL it will be transferred from PlayStation 4 to PlayStation 5 and vice versa, or from Xbox One to Xbox Series X | S and vice versa ”, they begin by saying.

Therefore, all progress from FIFA 22 Ultimate Team and VOLTA FOOTBALL will carry over to the new generation; not the other way around. We will not be able to go from PS5 / Xbox Series X | S to PS4 or Xbox One.

FIFA 22 Ultimate Team and VOLTA FOOTBALL, the modes compatible with the generational jump

“Progress in all other modes, including online seasons, co-op seasons, career mode, pro clubs, etc., will be specific to the console you are playing on and will not transfer between consoles. Progression in all other modes will not carry over and will remain specific to the particular console version of FIFA 22 you are playing on, ”they specify. Thus, online seasons or career mode will be restricted to the generation in which we are.

FIFA 22 is being developed by EA Vancouver and EA Romania. Will be available next October 1, 2021 for PS5, Xbox Series X | S, PC (Origin, Steam), Google Stadia, PlayStation 4 and Xbox One. FIFA 22 Legacy Edition for Nintendo Switch is also coming soon. PS5, Xbox Series and Google Stadia players will be able to take advantage of HyperMotion technology, which combines Advanced Capture of 11v11 Matches and a new proprietary machine learning technology that seeks to offer a “more realistic, fluid and responsive” experience.