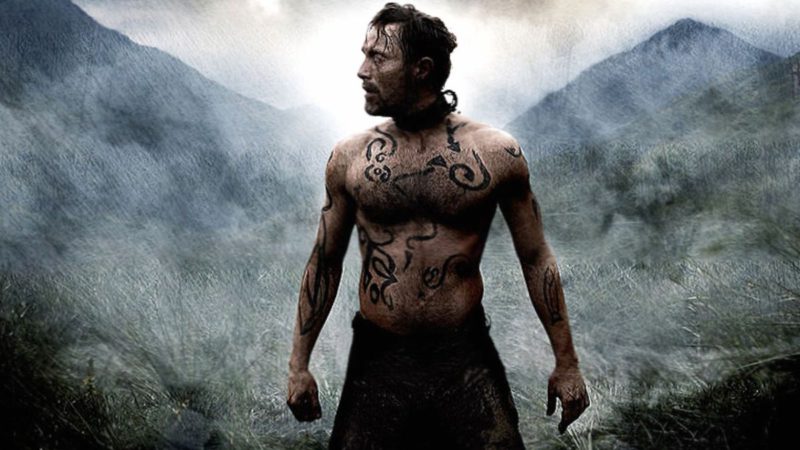 Always aimed at a different type of viewer who is more inclined to Author Cinema and National and International Indie / Independent Cinema, the Filmin platform has a catalog that covers a variety of genres, bringing together series, films and shorts.

We are going to review what premieres in October, highlighting a (re) premiere as it is Valhalla Rising, the brutal and visceral film about Vikings that the ‘auteur’ Nicholas Winding Refn (Drive, The Neon Demon) signed and it just came out in Spain on bluray at last.

In 1920s Paris, a woman poses as a male police officer to investigate a murder in this French miniseries starring Laura Smet (“The Maid of Honor”).

Juan has the longest pilila in the world and stands out from all the others. This means experiencing many uncomfortable and embarrassing situations. But if someone is in danger, Juan does not hesitate to use his attributes to save his neighbor and, if necessary, the world, as a true hero. A series recommended for children from 4 years old.

Henriette Steenstrup writes and stars in this cozy comedy-drama, critically successful in Norway, about a social worker struggling with a variety of personal problems.

Elmar Fischer (“The Footprint of Crime”) directs this overwhelming audience success that adapts Peter Prange’s best-seller of the same name and tells the story of the Wolf family in post-war Germany in the 1940s and 1950s.

In the middle of a wedding the lights go out. When it is turned on again, the groom lies dead on the ground and the bride is bloody and with a knife in her hand.

All Creatures Great and Small, Season 2

Stay in Yorkshire or return to Glasgow? It is the dilemma that James Herriot will face at the start of the second season of the spiritual heiress of “The Durrells”.

After being the victim of an attack, a woman decides to take revenge on her brother-in-law in this extreme and crude reformulation of the subgenre rape & revenge just presented at the Sitges Festival. An air of Haneke, a dreamlike photograph and a feminine and feminist vision not without scenes with a high gore content.

Álex Montoya (“Assembly”) directs this thriller-tinged drama about pedophilia and adolescent anguish that won the award for Best Film in the Zonacine section at the Malaga Film Festival.

Christopher Walken is a farmer against a large corporation in this drama based on a true story that set off alarms about genetically modified crops.

The cult work of Nicolas Winding Refn and the film Ryan Gosling called him to direct his superb Drive, Valhalla Rising recounts a bloody Viking legend, with Mads Mikkelsen leading the cast as an enigmatic warrior with superhuman strength. Hypnotic, fascinating, visceral and beast like her alone.

Adam Driver and Marion Cotillard are the main couple in this musical with a tribute to Stephen Sondheim and songs by Sparks, signed by one of the great geniuses of world cinema, Leos Carax, winner of the Best Direction award at the Cannes Film Festival.

Seven black people residing in Spain film their lives in this work by Rubén H. Bermúdez that reflects on the visibility of the Afro-descendant community in our country.

Laurent Garnier: Off the record

Documentary that reviews the origins and rise of techno-house music through the life and work of the iconic French DJ and producer, Laurent Garnier, one of the key figures of electronic music in the world.