Final Fantasy, Dragon Quest, Tomb Raider, how much has each saga sold? 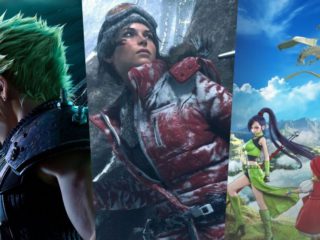 With just a few weeks before E3 2021 and other streaming events begin, companies have begun to move their machinery to make the relevant announcements. In the case of Square Enix, Dragon Quest has been ahead with all the main news. The company has not only announced a 2D remake of the third installment, but has also uncovered Dragon Quest XII: The Flames of Fate. Now, they share the total figures of units sold of some of its most iconic sagas.

Through a press release, the Japanese company has announced that Dragon Quest has sold more than 82 million units worldwide, a figure equal to that of Tomb Raider. The most successful, however, is Final Fantasy, which has already managed to place more than 161 million copies in the homes of the players.

After the close of the fiscal year, Square Enix has shared other interesting facts. Dragon Quest XI: Echoes of a Lost Past has managed to distribute 6.5 million copies. It should be noted this number includes both the original PS4 and PC game as well as the rest of versions and editions, which also saw the light in systems such as Nintendo Switch, Xbox One, Xbox Series X, Xbox Series S and Nintendo 3DS (only in the market Japanese).

The near future of Square Enix passes through the launch of Final Fantasy VII Remake Intergrade on PS5, plus the DLC starring Yuffie. It will be from June 10 when we can live this new adventure in the next generation Sony console. Without leaving this role-playing saga, the Japanese are working on the sixteenth installment, as well as the Endwalker expansion for Final Fantasy XIV.

Square Enix has also opened a new studio within Crystal Dynamics, the team that has worked on the most recent Tomb Raider and Marvel’s Avengers.