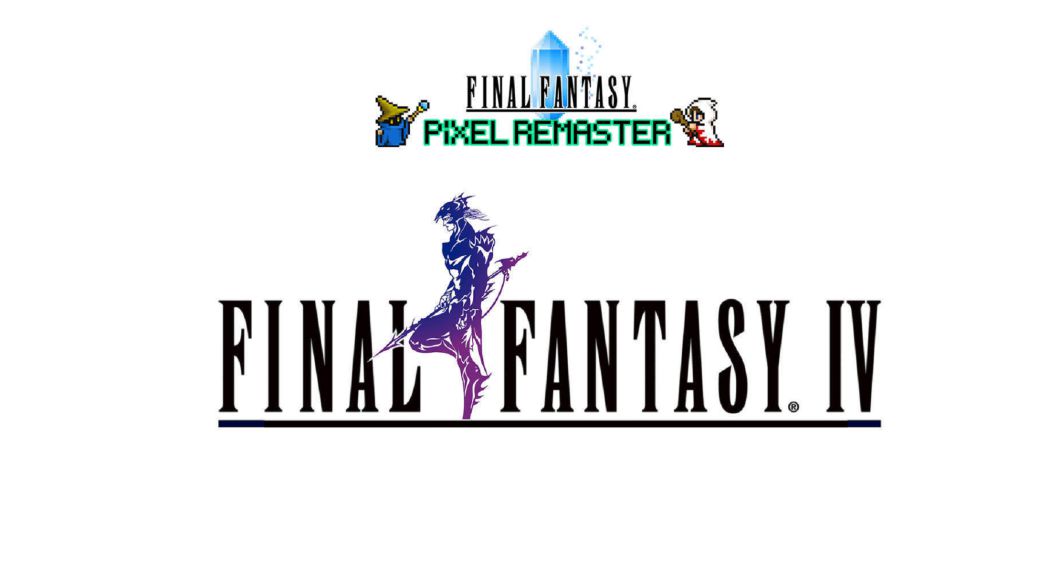 After the return to the market of Final Fantasy, Final Fantasy II and Final Fantasy III in its Pixel Remaster version, it is the next turn in the saga. The fourth installment of the famous Square Enix RPG saga outlines its arrival on PC (Steam) and Android and iOS mobile devices. In a press release, the company has reported that this two-dimensional remastering will be available from next September 8th.

The new versions replace the previous ones, which also had a 2D design, although with character sprites less faithful to the originals. Final Fantasy Pixel Remaster part of the classics and opts for designs that follow the line of these, albeit enhanced to look better than ever on current systems.

Nobuo Umeatsu, composer of many of the titles in the series, has remixed the songs in order to modernize their sound. Another aspect that has been touched is the playable: the title implements an improved interface, adapted controls and additional options such as automatic battles, as well as quality of life improvements (such as the ability to save at any time during the game). As for the extras, the Bestiary, the Gallery and The Music Player are the most prominent additions.

All Final Fantasy IV pre-orders on Steam will receive a series of incentives, including three musical themes, two wallpapers and a 20% discount. As we said, the new mixes update the songs thanks to the unreleased arrangements. These are the ones you will receive for free:

Final Fantasy Pixel Remaster games can be purchased separately, but also in a pack that will include all titles up to the sixth installment.