Final Fantasy VII Remake Intergrade, how much does the DLC occupy on PS5? 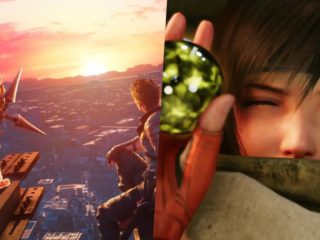 The PlayStation 5 version of Final Fantasy VII Remake is about to be released. It will not do it alone, since Intergrade will be accompanied by a new episode DLC, available as a redeemable code on physical and digital copies of the game, although it can also be purchased separately. Recently, PlayStation Game Size confirmed the weight of the video game on the PS5 hard drive, but how much will the INTERMission DLC occupy?

According to this same source, which gets the information directly from the PlayStation Store, the content will weigh 8,988 GB. On the other hand, the preload will begin this June 8, already in preparation for the imminent launch. At INTERMission we live a parallel adventure to the trip of Cloud, Barrett and company. Yuffie, one of Final Fantasy VII’s optional characters, now returns with a new mission on the horizon.

At the controls with Yuffie

Unlike the main video game, in INTERMission we can only handle Yuffie in combat, although Sonon, her partner, is available to execute certain actions and abilities. And why was Yuffie cast as the protagonist of the DLC? As Tetsuya Nomura, director of the game, explained in an interview with the official PlayStation blog, in the end she was the only one who could fit in with that specific timeline, since Vincent is still sleeping in his grave and Cid is part of Shinra’s side.

Final Fantasy VII Remake Integrade goes on sale on June 10th. Those who have their copy on PS4 will be able to upgrade to the optimized version of the game on PS5 without paying a single euro. In that case, however, the DLC will have to be purchased separately, at a price of 19.99 euros. Meanwhile, Square Enix continues to work on the second part, of which we have not yet seen a single image. From the Japanese company they assure that the development is going well.