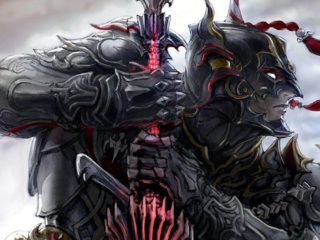 The success of Final Fantasy XIV is indisputable, so much so that those responsible they are taking special measures to make their servers work properly due to the huge load of players who are suffering. On the other hand, World of Warcraft is going through delicate moments since the great controversy about the treatment that has been given to one of its main characters, Sylvannas… and the recent complaint to Activision Blizzard for sexual harassment and employment inequality at the company does not help either.

This has caused many Final Fantasy XIV fans to jump straight into World of Warcraft. However, Final Fantasy XIV director Naoki Yoshida is in no mood for nonsense: prefers that fans of his game stop making negative comparisons between the two, describing as “irritating” the claims that Final Fantasy XIV has managed to take the crown of MMORPGs.

“The hard work we’ve put in on Final Fantasy XIV has paid off“Yoshida said in a translated excerpt from a recent broadcast, PC Gamer reports. “But all this talk about overcoming World of Wacraft it’s wrong and it’s honestly irritating […] World of Wacraft was the game we constantly looked at“.

Returning to your statements, Yoshida notes that Final Fantasy XIV owes a debt of gratitude to World of Wacraft, noting that many features and content of his video game would not exist without Blizzard’s MMORPG. Yoshida himself is a fan of World of Wacraft and used it for inspiration.

Finally, Yoshida welcomed the recent increase in concurrent players of Final Fantasy XIV even before the Endwalker expansion. The success of Final Fantasy XIV continues to grow and this growth will depend on the work of those responsible for the servers, the main problem of the video game today.