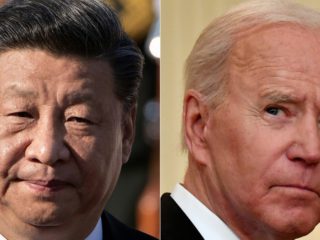 US President Joe Biden proposed to Chinese President Xi Jinping to hold his first face-to-face summit, but failed to get the go-ahead from his counterpart during the phone conversation last week, he reports. Financial Times, who has spoken with US officials under conditions of anonymity who would be aware of the matter.

However, the White House and the president himself have denied the alleged facts exposed in the article. Likewise, Biden assured that is not true that the Chinese president rejected his proposal to meet at the summit, while the National Security Advisor, Jake Sullivan, declared that “this is not an exact portrait of the call.” However, a source of Reuters Informed about that telephone contact affirmed that the Financial Times report was accurate.

According to the newspaper, instead of agreeing on the need to meet, Xi Jinping demanded that the Biden administration lower its tone in its relations with Beijing, which it often criticizes for the alleged oppression of the Uighur Muslim minority, repressive policies against the opposition. in Hong Kong and military activities in the vicinity of Taiwan. The Chinese government, in turn, accused the US of interfering in its internal affairs.

One of the sources pointed out that Biden did not expect an immediate response either, since he had mentioned the holding of the summit as one of several possibilities in the framework of the development of bilateral relations with Beijing, while another person familiar with the conversation indicated that they had the impression that the Chinese president did not want to compromise at the moment.

Another interlocutor from the newspaper said that the White House attributed Xi Jinping’s refusal in part to concerns about covid-19, since the Chinese president has not left his country since the beginning of last year after his visit to Myanmar just before the pandemic.