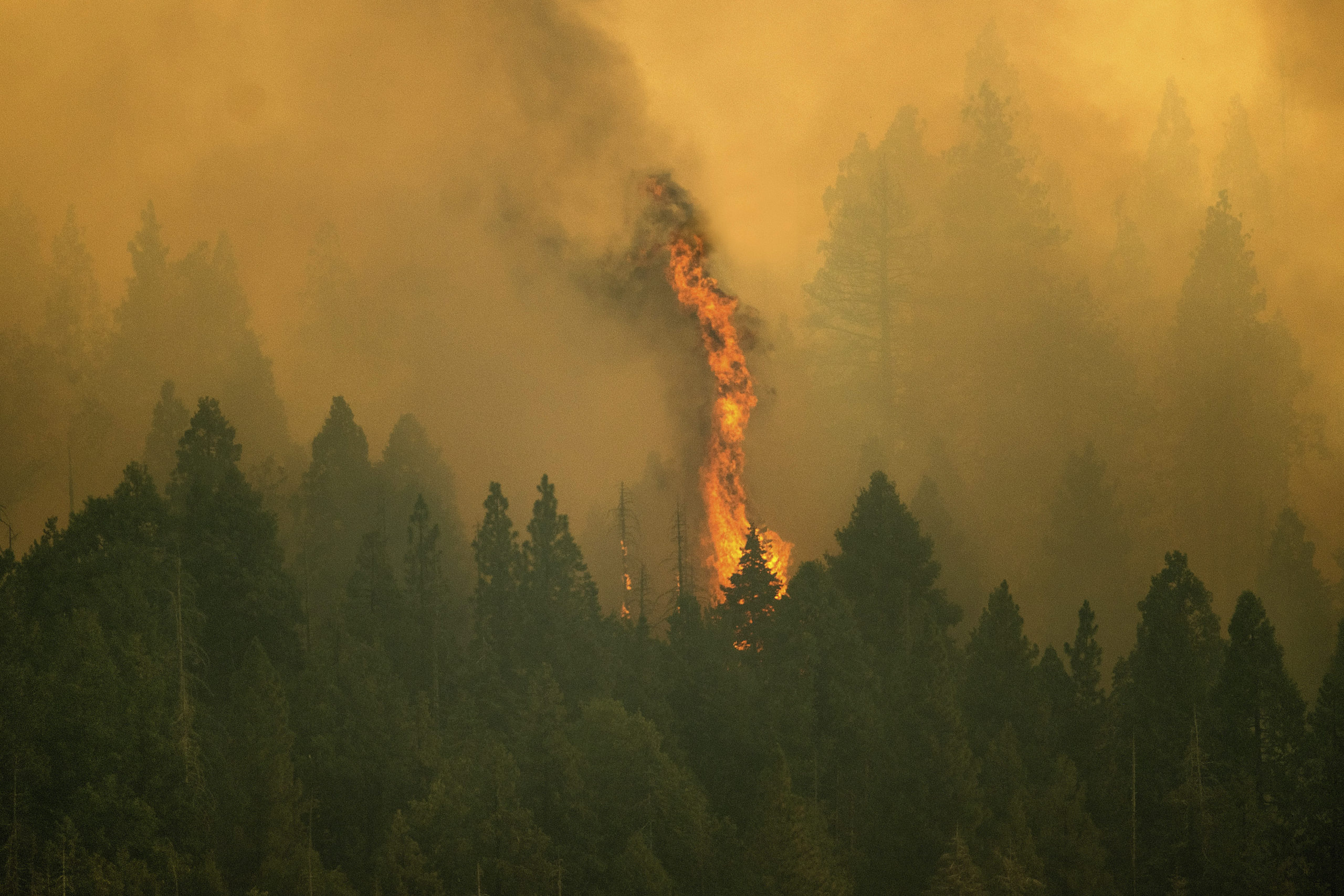 Two wildfires have encircled the Sequoia National Park in California on Friday, one of the most visited in the United States. More than 300 firefighters try to protect the Giant Forest, an area where more than 2,000 trees grow that reach over 100 meters in height. Among them is the main icon of the park: General Sherman, an 84-meter tree considered the largest in the world by volume. It is estimated that it could be about 2,700 years old. The workers have covered the trunks of the trees with aluminum sheets to protect them from the flames.

The fires, which have received the name of Colony and Paradise, started on September 9 in the Sierra de Nevada, in California, due to the impact of electrical lightning. “The Paradise fire has affected 7,352 acres [2.975 hectáreas], and the Colony at 2,013 acres [814 hectáreas], a total of 9,365 acres [3.789 hectáreas] of the affected park, with 0% containment ”, ensures a statement this Thursday from the KNP Complex, the unit that brings together the organization of both Sequoia Park and Kings Canyon National Parks. “The flames continue to grow in all directions,” the report continues. Emergency crews, supported from the air by helicopters, are opening firebreaks and securing cabins and houses in the Mineral King area, bordering the park.

Some areas of the Three Rivers Community, a town of 2,000 near the park, are on evacuation alert. Residents are not required to leave their homes yet, but must be vigilant and prepared to leave the area in case of need. The authorities have enabled a map where to consult the areas that are likely to be evacuated soon. Air quality in this community, according to KNP, has been “seriously affected.”

The park is closed to the public, but Kings Canyon National Park, 50 miles away, remains open. The administration of the parks considers that both Kings Canyons and other communities surrounding the affected area “are likely to suffer an impact on air quality.” A device that measures the amount of environmental pollution per area has also been made available to residents.

California has endured more than 7,400 wildfires so far this year, —according to Los Angeles Times– that have burned more than two million acres, some 809,000 hectares, displaced thousands of people and caused the destruction of tens of thousands of homes. Among them, Dixie, the second largest fire in the history of the United States. Although it is not an exclusive reality of this State: extreme meteorological phenomena have multiplied all over the world, from Greece to Canada, passing through Turkey, Spain or Siberia, something that the UN environmental experts related to climate change in a report published last August.