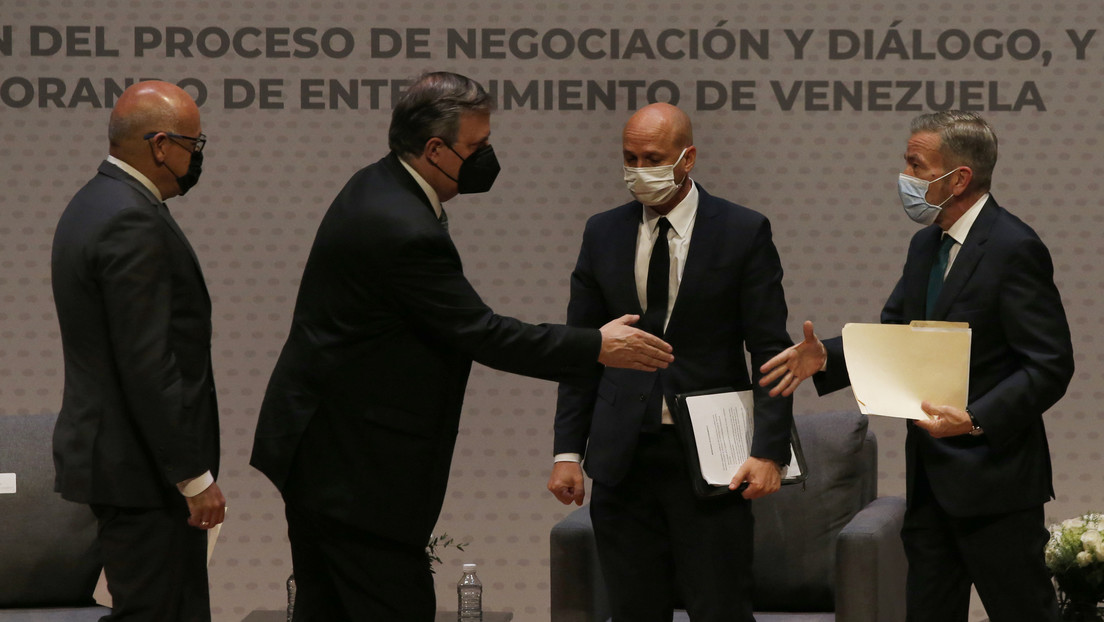 First cracks? The Venezuelan Government accuses the opposition of trying to “produce a break” in the dialogue process

Optimism for the restart of the dialogue between the Venezuelan government and the Unitary Platform, which brings together the radical opposition of that country, begins to crack a week after the parties had met in Mexico, following the complaint by the government delegation that accuses opponents of trying to “sabotage” and “break” the process.

In a release published on the Twitter account of the head of government representation, Jorge Rodríguez, it is stated that there is an “attempt” by “opposition factors” participating in the negotiations – which formally began last weekend – of “sabotage, condition and evade commitments established in the Memorandum of Understanding “, signed on August 16.

“The Government alerts the countries accompanying the dialogue to this attempt to ignore the agreements reached, to produce a break in the dialogue and negotiation process and reiterates its will to reach a comprehensive agreement and partial agreements,” the letter states.

In the initial document, which includes seven points that are part of the agenda, the lifting of sanctions and restoration of the right to assets of the Venezuelan State that have been confiscated abroad as a result of the US sanctions against that country as a measure of pressure to achieve a change of Administration.

This new process, which has not come to fruition on other occasions amid mutual complaints of non-compliance with partial agreements, has generated expectation in view of the proximity of the regional elections of this November and the incorporation into them of the most radical opposition parties that had boycotted the previous elections. In addition, the possibility of easing some sanctions that have caused a brutal negative impact on the Venezuelan economy, as a relief for the population, had been nurtured.

This statement outlines a crack that began to appear this week, after the discomfort caused in various opposition sectors by the announcement of the incorporation of diplomat Álex Saab to the Dialogue Table, who is being held “illegally” on the island of Cape Verde since June 2020, at the request of the US Government.

In this regard, the head of the opposition delegation, Gerardo Blyde, published on his networks a letter where he asked Norway, the facilitating country, to guarantee compliance with the “reserve rules” established in the negotiation before the “war of microphones“That was doing” a lot of damage “to the process. In the same way, he asserted that the incorporation of the businessman was a”regime strategy“to allegedly secure his release as part of the talks.

What does the Government denounce?

The text states that “with surprise and shame“The country has seen” serious facts and dangerous statements “that would expose” the criminal nature of the operation of looting and robbery of heritage “that ex-deputy Juan Guaidó would have undertaken, who proclaimed himself” president in charge “in January 2019 and took control of various assets of the Venezuelan State abroad arguing the need to “protect” them from the “dictatorship.”

Among the recent decisions mentioned in the document, which would seek to torpedo the dialogue, is “the Colombian government’s strategy of appropriating and assuming control of Monómeros,” a company owned by the Venezuelan State and a subsidiary of Pequiven located in the country. neighbour.

Last week, the government of Iván Duque announced the takeover of the company. After knowing this measure, the Venezuelan Justice opened an investigation against Guaidó for “usurpation of functions, treason, conspiracy, qualified theft of assets and association to commit a crime “.

Another point that is discussed is the letter from the Office of Foreign Assets Control of the Treasury Department stating that it could authorize the sale of shares in Citgo Petroleum, owned by the Venezuelan state-owned Petroleos de Venezuela (PDVSA) in the United States. , as of January 2022, as announced by the leader of the opposition and a fugitive from the Venezuelan Justice, Carlos Vecchio.

This new extension until January 2022 of the license that protects Citgo against holders of the PDVSA2020 bond points in the right direction. We have actively worked with allies such as the US to protect Citgo and other assets of #Venezuela. We thank the @USTreasury. pic.twitter.com/fdBrC3NtBQ

The representation of the Venezuelan Government also considers that the statements of the radical opposition parties Voluntad Popular and Primero Justicia “reveal a fierce struggle of groups and interests for control of both companies and the intention to denationalize these assets or assign them to foreign powers. “.