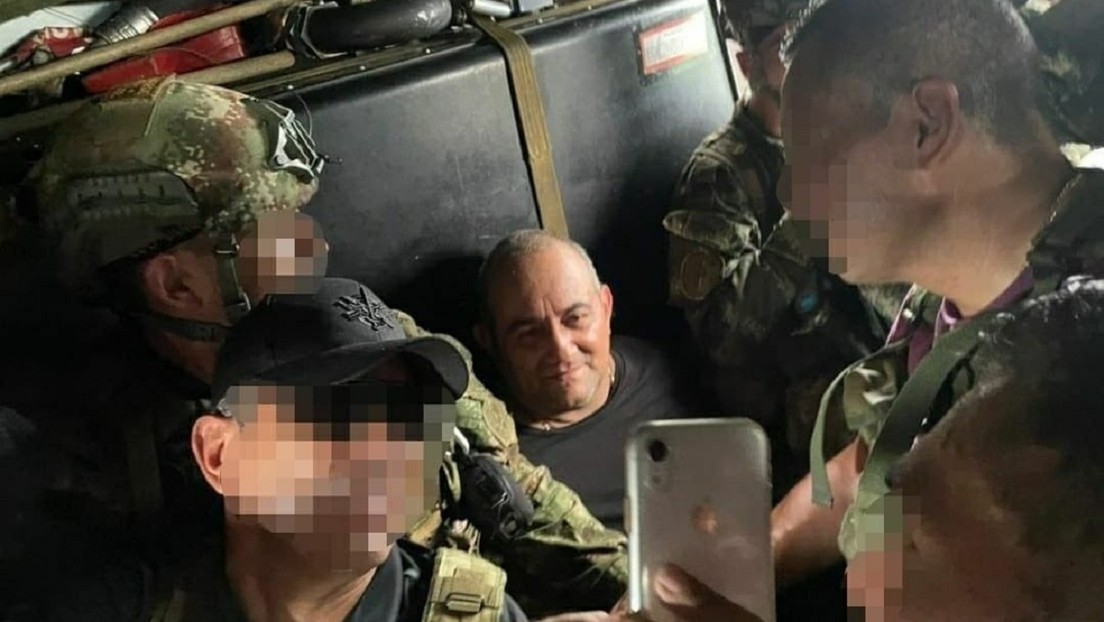 FIRST IMAGES: The leader of the Gulf Clan, alias ‘Otoniel’, smiles at the cameras shortly after being captured in Colombia

Colombian media have released the images of the head of the Gulf Clan, Dairo Antonio Úsuga, alias ‘Otoniel’, after the most wanted man in the country was captured this Saturday in Antioquia’s Urabá, within the framework of Operation Agamemnon.

In a video you can see the drug trafficker, for whose head the DEA offered up to five million dollars, smiling and with his hands tied behind his back, while he was escorted by soldiers armed with rifles after getting off a military helicopter.

This, alias Otoniel, was delayed. But, sooner rather than later, they all fall! It is a matter of firmness, authority and good intelligence! pic.twitter.com/4SuWqtgbOU

President Iván Duque has traveled to the place of the arrest, where a press conference is scheduled to be held to give more details about the arrest.

#Attention The first images of the capture of alias ‘Otoniel’, top leader of the Gulf Clan are known pic.twitter.com/gjx1D0uOk7

According to the Government of Colombia, the Clan del Golfo is responsible for sending tons of cocaine to the United States, as well as creating a criminal network dedicated to collecting extortions from businessmen, mainly in the Urabá region and on the Atlantic coast. , pick up EFE.