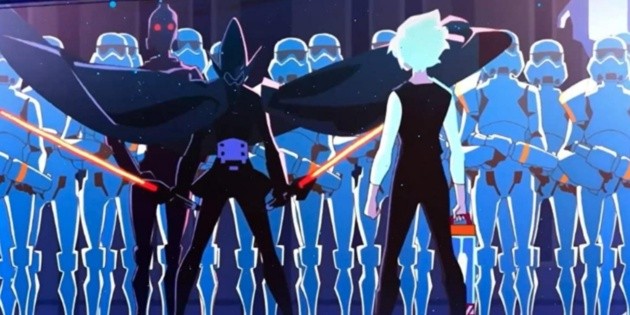 Star Wars: Visions is an animated series that will feature 10 anthology shorts and is something never seen in the history of the saga. There are not many details about the project Disney+ more than advanced in Anime Expo. The concept behind this content is simple: Japanese-style animated shorts that pay homage to Star Wars and they add that particular style that is anime.

The main Japanese studios participated in the project and the result is short anthology that offer a novel cultural fusion and a unique approach in the history of Star Wars.


The show’s producers are excited that they found true fans of the world’s number one intergalactic saga in the studios that developed the content. The different alternatives and stories that will be seen in the series take aspects of the films and transform them from the Japanese style.

Star Wars: Visions It will cover different genres in each of its shorts that will exploit the way of telling stories that oriental animation has. Some of the premises will connect audiences to the original content. For example the Master and the Padawan facing a threat … style Qui-Gon Jinn the Obi-Wan Kenobi frente and Darth Maul.

The producers of the show assure that something of these characteristics was never seen in the universe of Star Wars and that fans will fall in love with the different deliveries that those responsible for Visions have to offer. It will premiere on September 22 by Disney+. Attentive!

Still not subscribed to Disney+ to enjoy all the exclusive content of Star Wars? Subscribe here. What are you waiting for?