Five years of DVB-T2 HD: The extra sausage from Germany 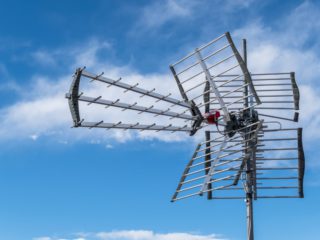 In the beginning there was the annoyance about terrestrial HDTV: On May 31, 2016, extra-sharp aerial television started in the first regions of Germany. Apart from a few UHD TVs, there were no suitable receivers in stores at this time, the “old” DVB-T was running in parallel – until the complete change on March 29, 2017.

The changeover in Germany dragged on until 2019; Since then, DVB-T is history and millions of receivers that were once expensive up to 400 euros are electronic scrap. So there is a lot of excitement about the modernization of DVB-T, which looks really modest in the HD age. But after a few teething troubles (and updates to the receiver firmware), DVB-T2 HD ran and continues to run largely without complaint.

The “old” DVB-T had been gradually introduced in Germany and many other European countries since 2001 – in Germany the last analog TV channels were switched off in 2008. DVB-T, misleading and technically incorrectly advertised as “Everywhere TV”, was hardly in use for more than a decade in some areas before the system was to be thrown in the bin again. The RTL group thought out loud about the complete exit until 2013. Eckhard Matzel, who was head of program distribution at ZDF until the end of 2020, knows one reason for this: “DVB-T is the most expensive and the least used of all distribution channels,” Matzel said in an interview with heise online.

Michael Silverberg, lecturer at the Faculty of Information, Media and Electrical Engineering at the Technical University of Cologne, explains the difficult state of terrestrial television in Germany: “Terrestrial broadcasting is of less importance in Germany than in Spain, Italy or Great Britain.” The reason is the Astra effect. “Shortly before German reunification, the operator started its satellite fleet, dishes and receivers became cheaper and more compact. After the fall of the Wall, large parts of East Germany switched to satellite reception and stayed with it.”

So something had to happen to keep DVB-T competitive. The picture quality should be good for the HD age, politicians wanted parts of the DVB-T frequency spectrum for LTE. At the end of the noughties, TV manufacturers and broadcasters therefore agreed on the potentially HD-compatible successor DVB-T2. The MPEG-4-based H.264 was initially intended as the codec. In the years that followed, millions of televisions with the “future-proof” new receivers were sold in Germany, until the TV broadcasters decided at short notice in favor of better HEVC (High Efficiency Video Coding; H.265). “Only two thirds of the original spectrum remained, at the same time you wanted to send 40 programs in HD – that would not have worked with H.264. For that you needed the twice as efficient H.265”, explains Silverberg.

Ulrich Reimers vom, Institute for Telecommunications at the TU Braunschweig is considered the father of DVB. He initially spoke out against H.265. “I didn’t think that the TV set manufacturers would only build their own receivers for the German market. In retrospect, however, the decision in favor of the H.265 was correct.” And since the television industry marched in the direction of UHD, which is also transmitted via H.265, the technology required for DVB-T2 HD was practically incidentally incorporated into current TVs.

Nevertheless, there was initially great anger and confusion about the decision. DVB-T technology that was not so old became useless and many new TV sets were not as future-proof as expected. And instead of at least clearly identifying the German special route, for example as DVB-T3, the new system was marketed as DVB-T 2 HD. So there were HD-compatible televisions with DVB-T2 that were not equipped for DVB-T2 HD.

For some, at least as annoying: In most DVB-T regions in Germany, the private broadcasters, i.e. the programs of the RTL and Pro7 / Sat1 groups, were freely receivable via rod or roof antennas. Those who are satisfied with standard resolution can see private individuals – apart from any basic fees – free of charge via cable or satellite. With DVB-T 2 HD, however, there is no alternative. That means 69 euros per year for swapping women, jungle camps and the Big Bang Theory.

The decision of the private broadcasters had nothing to do with the new standard, but was economically motivated. Many viewers, however, complained about the technology. The fact that Freenet, the operator of the number infrastructure, successfully launched in the media that you need receivers with the company’s logo to switch to the new digital TV also contributed to confusion and frustration. Freenet wanted to install its billing infrastructure for as many users as possible, but devices without a logo are sufficient to receive public transport – they were and are available from 30 euros.

Five years after the start, the format is available in large parts of Germany, but no further expansion is planned. What has changed besides the best HD picture with 1080 / 50p? On computers it is only possible to receive and record the unencrypted channels without pull-ups, even on dedicated receivers with a recording function, the use is limited and the setup is notchy. DVB-T 2 HD, like its predecessor, is good as “taxi driver television”, ie as entertainment while waiting for customers. The reception at 180 km / h on the autobahn is history. “Compared to the old DVB-T, T2 HD uses twice as many sub-carriers that are twice as tightly packed,” explains Michael Silverberg. “When receiving while driving, the Doppler effect strikes earlier – at 60 km / h it is over.” Many stationary users of the old DVB-T have also been looking into the tube since the switch: Because of the more efficient error correction of the process, the transmission power was reduced, and some radio towers were completely switched off. In some locations, the indoor antenna was suddenly no longer sufficient.

For Freenet and its subsidiary Media Broadcast, the bottom line seems to be that the business is profitable. A spokesman for the subsidiary Media Broadcast said heise online: “As of March 31, 2021, around 870,000 customers were using the paid service from freenet.tv.” The number of subscribers has decreased in the past few years, but the operator expects a “stabilization of the customer base around 800,000” and hopes that from 2024 onwards, the elimination of the additional cost privilege terrestrial will become an interesting alternative for other viewers.

Most likely, DVB-T 2 HD and its radio counterpart DAB + will remain the last classic broadcast systems, explains Ulrich Reimers. A technically better TV broadcasting process could only be achieved if one broke away from the classic channel grid and used ultra-broadband signals with low transmission power. “To do this, the TV broadcasters would have to replace all the existing infrastructure, and it would also throw the existing international frequency planning overboard.”

But do we still need the linear offers? Former ZDF program distribution director Eckhard Matzel is certain that classic radio and television will remain relevant for the time being. “Of course, usage is shifting in the direction of the Internet. But how fast?