“Forget the ridiculous conspiracy videos”: Ricky Martin asked his followers to get vaccinated against the coronavirus 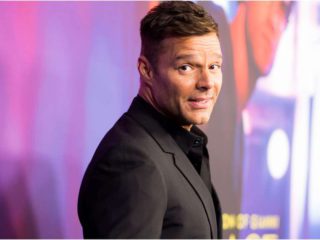 Annoyed by conspiracy theories circulating on the web, Ricky Martin made a post where he summoned everyone to be immunized against the COVID-19. The singer asked his followers to be aware that vaccines are the only way to prevent more deaths from the virus. “I got vaccinated because I could never live with myself if I get infected and then pass it on to someone that dies. Even someone who ended up in the hospital, “he said in a story he posted on his Instagram account.

// “Danza rota”, the fourth animated video by Soda Stereo, with a girl as the protagonist who does not stop singing and dancing

For the artist it is not an individual decision but a collective one. “I did it for the people I had never met before, for my community,” he said. He added: “Don’t be so self-centered, forget about the ridiculous conspiracy videos you see on YouTube. It’s not about you, it’s about everyone else. Get vaccinated NOW”.

This is not the first time that the Puerto Rican has spoken out against disinformation campaigns. In April, during the Latin American Music Awards ceremony, demonstrating his commitment to the cause, had a conversation with the American epidemiologist Anthony Fauci on the importance of vaccines to stop the pandemic in the region.

// Press play! 5 premieres you should be listening to

In addition, leading the Ricky Martin Foundation, was commissioned last year to provide personal protective equipment to thousands of health professionals who are struggling against coronavirus in more than 50 hospitals in Puerto Rico, the Dominican Republic and the United States. In the same way, it continues to support communities at risk with humanitarian aid and mental health services.

In recognition of this philanthropic vocation, on January 17, he was recognized in the first delivery of the International Peace Awards. “He has never sat down to enjoy the just reward he has earned as one of the world’s most famous artists without looking around with deep social commitment,” Sheldon Himelfarb, President and CEO of PeaceTech, said in the statement. Lab, the company that organized the award.

// The tutelage of Britney Spears: US congressmen present a law in favor of the singer

According to Himelfarb, the interpreter of “Tu Recuerdo” worked hard to end human trafficking, especially that of children. In addition, he valued his active participation in different solidarity campaigns: “In 2020 we saw him occupy his voice, image and time to promote the Hispanic vote and to specifically support frontline workers from various countries in the fight against the pandemic. ”.