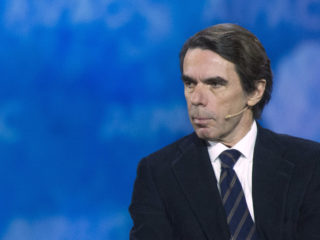 José María Aznar, president of the Government of Spain between 1996 and 2004, called the withdrawal of the US, NATO and the western world from Afghanistan a “total defeat” during a videoconference held this Monday in the framework of the seminar ‘Governance global growth and freedom ‘, report local media.

Aznar has indicated that this situation has meant “a very hard hit al international liberal order“It has been a mistake that we are going to pay dearly and for a long time,” he added, predicting that it will cause major strategic changes.

The former head of the Spanish Executive has pointed out that the “humiliating” withdrawal is a reflection of the foreign policy carried out by the last three US presidents — Barack Obama, Donald Trump and Joe Biden—, as well as a symptom of the evolution of the international liberal order.

Aznar has stressed that Washington’s decision is “incomprehensible” considering that the war was won two decades ago, and significant progress was made in the attempt to erect democratic institutions, at the same time that steps forward were taken in protecting and defense of human rights in the Central Asian country.

The former Spanish president has advocated for a strategic reflection to confront “with courage, leadership and moral clarity” the threats posed by “populism, authoritarianism, the new communism, indigenism in Ibero-America or radical Islamism”, which, in his opinion, will strike again as soon as he has the chance.

The offensive of the Taliban movement intensified after the start of the withdrawal of US troops, which was scheduled to be completed on August 31. Two weeks earlier, the Taliban seized control of Kabul and ended their offensive across Afghanistan. President Ashraf Ghani resigned from office, left the country and is currently with his family in the United Arab Emirates (UAE).