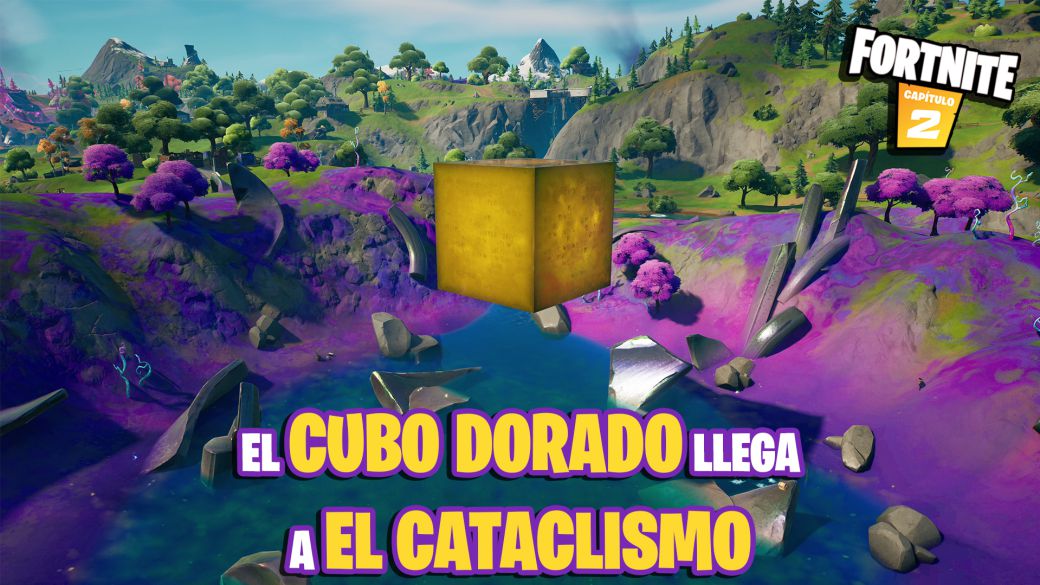 Fortnite: the golden cube arrives at the Cataclysm in the center of the island

The mysterious golden cube from Fortnite Battle Royale has reached The Cataclysm, the huge crater in the center of the island. These changes in scenery are part of the preparations for the event from Halloween 2021, also called Nightmare Before the Tempest 2021/Fortnitemares 2021. We tell you everything we know about it, but not before reminding you that, currently, Fortnite Chapter 2 is in the Season 8 of the Battle Pass:

Fortnite: the golden cube arrives in the Cataclysm

At around 01:15 a.m. CEST on Wednesday, October 13, 2021, the golden cube that has been moving throughout the island throughout Season 8 of Fortnite Chapter 2 made his last move: reached the crater in the center of the island, an emblematic place on the map called The Cataclysm.

In case you don’t remember where this place is, we leave you a map with its location:

This place is the last point the golden cube moves to; We know this thanks to the data we have obtained via datamining:

Curiously, these files were removed from the Fortnite filesystem with the patch 18.20 Tuesday, October 12. With the release of patch 18.30, all event files may be added again.

Returning to the beginning of this news: the arrival of the golden cube to the center of the island could indicate that it is going to modify the scene for generate at this point on the map this “Cube Town”, or Cube City. We can assume this based on the clues that we have found via datamining, and all the data that we have left you above.

In any case, we will have to wait until, at least, Tuesday, October 19, when the 18.30 patch will arrive, to be able to know more details. That, or an official announcement from Epic Games.