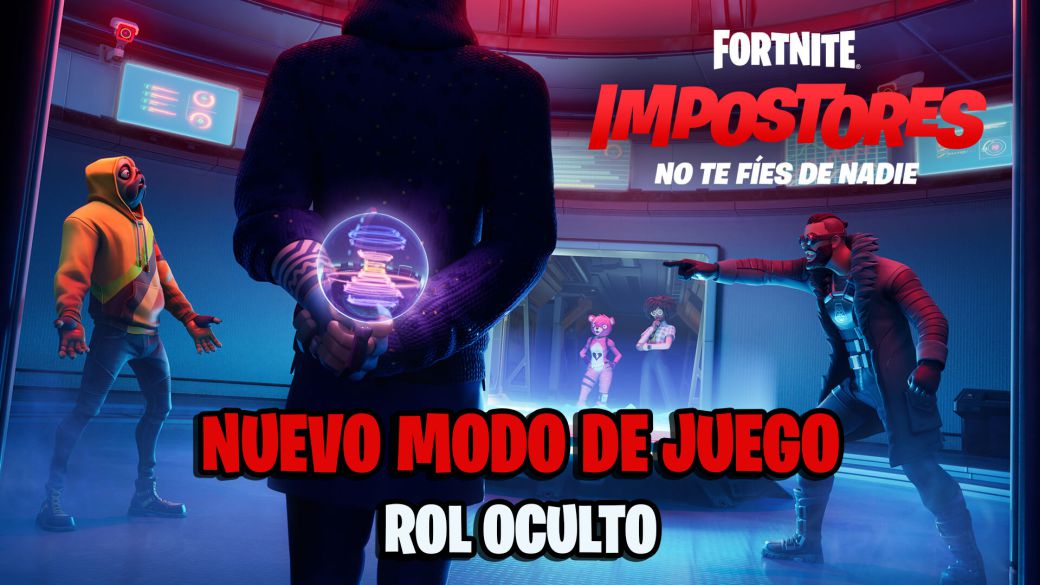 Fortnite: this is Imposters, the new game mode a la Among Us

One of the main novelties of the patch 17.40 of Fortnite Battle Royale, which arrived on Tuesday, August 17, 2021, was the game mode Impostores. It is a hidden role mode reminiscent of recent successes such as Among Us. In this news we tell you how is this new mode of the Season 7 of the Battle Pass of Fortnite Chapter 2:

Fortnite: this is the new game mode Imposters

Imposters is a new Fortnite Battle Royale game mode for up to ten players: eight of them embody the roles of IO Agents, that they must defend the bridge at all costs and complete tasks for that purpose; the two remaining players are Impostores that they work for aliens who have invaded the island. The objective of the latter is sabotage OI facilities and eliminate Agents.

As in other titles of this genre such as Among Us, both sides have their own victory conditions:

When it comes to communicating and discussing who is an Imposter, a new quick chat menu has been added, in addition to the possibility of communicating through gestures. What’s more, we can play this game mode both with people from all over the world and in private games just with friends.