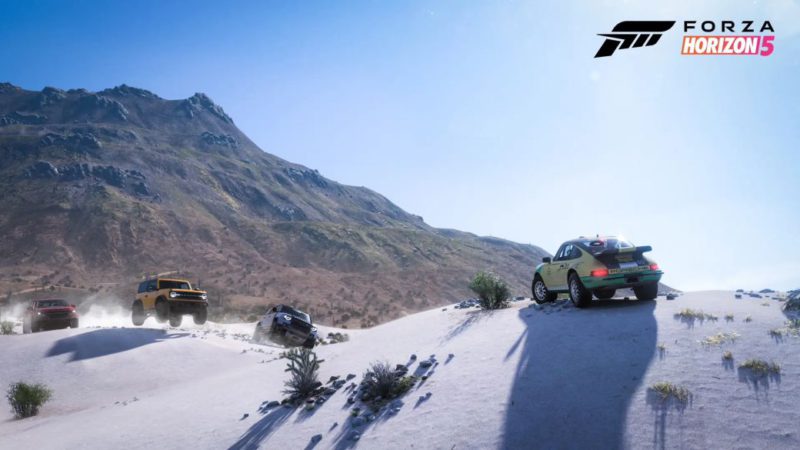 Forza Motorsport has updated its official blog with new features and information of Forza Horizon 5, the great premiere of Xbox Game Studios for this final stretch of the year with Halo Infinite. After an E3 2021 where the title of Playground Games shone with its own light, it is time to know something more about that recreation of Mexico in which all the efforts of the British team are focused.

To begin with, it is confirmed that there will be convertible cars The ceiling of which can be controlled by pressing the left stick of the Xbox controller. When pressing, we will leave the vehicle uncovered; perfect for high temperature panoramas, coastal areas or sunlight. Climate changes will be an inescapable part of the DNA of Forza Horizon 5, which, as we already knew, will offer different climates depending on where we are on the map. We are talking about a map 1.5 times bigger than the one in Forza Horizon 4.

And yes, we will have a city. As is usual in the saga, the scenario of Forza Horizon 5 will not only recreate a country, Mexico, but will also include an iconic territory of these Latin American lands: Guanajuato, one of the 31 states that make up this nation. It is located in the heart of Mexico and has more than 6 million inhabitants. “This city has winding streets and an underground aqueduct system that runs throughout the city ”, they say.

Forza Horizon 5 will also have speed races, including one on an old airstrip; while in relation to the fauna it is now confirmed that we will be able to see flamencos, wild dogs, donkeys, goats and other animals at the moment unknown.

Finally, customization. This fifth numbered episode of the Playground Games saga seeks to be the largest, the most realistic and the most fun; but also offer a wide range of customization options. We will have more than 100 new rims, 100 new cosmetic parts, thousands of new performance enhancement parts, and the added possibility of paint the brake calipers. Our character (avatar) can also be customized with new haircuts, clothes, pronouns and the option to add prosthetics. Everyone can be represented.

Forza Horizon 5 will go on sale on Xbox Series X | S, Xbox One and PC Windows 10 this November 9, 2021; included from launch day on Xbox Game Pass.