Forza Horizon 5, impressions and gameplay. The important thing is always the trip 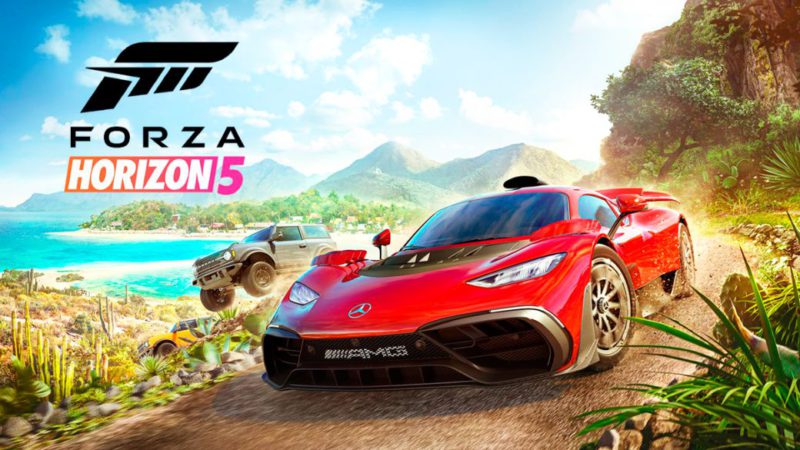 Forza Horizon 5 has a major challenge before it. On the one hand, it is the successor to possibly the best Xbox One video game. On the other, it is the first big name that Xbox Series users expect for this first year of the console’s life. But neither one thing nor the other deviates from the path to Playground Games, the creators of this spin-off saga that has earned the right to look at the numbered series of Turn10 from face to face, each one in his own style. Each one majestic. We have been able to play the latest preview version of the newest for Microsoft and Windows 10 consoles for several hours. And as always, the most important thing emerges: Enjoy the trip. Now in Mexico.

The most arcade-style driving games, which want to get away from the purest competition, have in Forza Horizon a saga in which to learn and take notes. Neither the series was the first to install an open world to explore nor this Forza Horizon 5 revolutionizes what we already know from the fourth installment. But many times it is not the what, but the how, that makes the difference. And after several hours with the great name of the new generation for Xbox Series, We are clear that the game maintains the excellence that we already knew.

The concept of exploration and open world they are two of the most present elements in the definition of what the title is. Because as we already said in the analysis of Forza Horizon 4 (and 3; and 2), it is a saga that grabs you because you enjoy the simple fact of driving cross country, going from one place to another, seeing how change the weather and have a good time as a travel experience. And this is very present here, because Mexico, the new location, is gigantic and offers contrasts that we had not seen before. And because there are the roads full of vehicles to overcome or challenge, small events to solve and races and circuits to target. Everything is familiar but at the same time, with a feeling of freshness. Changing your location is not just doing it at a visual level.

The power of a good introduction

The first thing we did was start with an impressive introduction in which we are left falling with a 4×4 in the middle of a volcano to go down at full speed and realize that the drawing distance is brutal. We move forward, we jump in slow motion as the canons mark and we control a Corvette that has only one mission: to enter a sandstorm, one of the new weather phenomena. Driving with an internal camera is quite an experience because you can’t see anything. It’s time to go into a jungle area with a rally car, skidding through the mud and using the windshield wiper. To take down a Mercedes beast to get to the festival. The good starts.

This is where they invite us to make the first exhibition, something also a trademark of the house: a race against an airplane that drops a series of motorcyclists who are jumping, crossing in front of us and who come to leave the motorcycle to do Wingly in front of us. All this while we see that the game looks especially visual, especially in performance mode where there is no ray tracing or much detail, true, but the fluidity of 60fps makes the difference. They were missed on Xbox One, with the Smart Delivery Forza Horizon 4 it was already a delight and now we know we don’t want to go back to 30fps.

Among the novelties, a new campaign with diverse missions, ranging from going into a sandstorm, finding an Aztec piece and taking a picture with it; or the classic search for abandoned vehicles with a curiosity: now we are going to bring the truck that takes them to the workshop, as if it were a GTA mission, but without shooting and with optimal vehicle control, of course.

The winning prize and the stripes

And soon after, events and more events. There is no shortage of speed cameras, high jumps, posters, challenges to other vehicles and of course, the main tests. Asphalt circuits, off-road or in questionable conditions. All of them with the same festive will that Forza Horizon 4 had: to enjoy very different proposals and get rewards. At the time we commented that perhaps one more point of competition was missing from the game, that being first was not important enough. Now extra scores have been added to be the first. They are 25% of the general reward, but something is something to motivate the player.

In fact, progress is made on a gallon basis. It is a kind of recognition that they give you every time you overcome something (a thousand gallons for winning a race, 750 for finishing it, the same 750 for getting a star on a speed radar …) and when you have achieved enough, you unlock a new one. chapter of history. The progress system is clear, it invites you to do things well (win) or do many more to reach the necessary stripes and, as this is Forza Horizon, there are always things to do.

The pleasure of driving

Forza has an arcade soul and leaning on an opponent on a curve that we do not take well is allowed and recommended, but it is also a game that takes the touch of vehicles very seriously and that adapts to all types of players. As was the case in the previous installment, we will have deep and varied settings, a damage system more or less simulated to suit the consumer and endless details that make us feel that yes, we can fly dozens of meters with a sports car 250 kilometers away. time, but when it comes to driving them, we notice that each one has its touch, its response. And that is amplified with changes in terrain (asphalt is not the same as mud) or with the rain that makes us skid with rear-wheel drive vehicles. Just because we can simulate a Fast and Furious movie does not mean that the development, design and response of the vehicles have not been taken seriously. As always in the saga, by the way.

In the absence of seeing the Drivatars of our contacts run and it is shown that when we are not recorded we all brake a little later than the account in the closed curves, the AI ​​has seemed somewhat indolent at normal levels, not very aggressive in the standard mode and with “more than normal “, not too much more but there yes, if we fail we will not forgive us. We will explore more difficulty levels soon, because if something we have always celebrated from the Forza series in general it’s the aggressiveness and humanity of AI in racing.

At the audiovisual level, the game still sound great both for the engine and the special effects and for a soundtrack full of radios that will be adapted to each type of player (of which we cannot say more, for now). But it is technically where we see a very powerful game. Not only because of the fluidity mentioned above, but also because of the level of detail, the reflection in puddles of water, the play of light and shadow when we cross a town or the vegetation that surrounds us and that, thanks to the great distance of drawing , makes us feel in the middle of an authentic changing paradise. Let’s be honest: we have played little in quality mode, where the 4K is more robust in terms of detail, the lighting wins integers but at the level of fluency, it has not convinced us, although we will become more aware of it when we invest many more hours in both modes and we can detail them more thoroughly.

And although all these words are very good, surely the best you can do is watch the video that leads this article and enjoy the show. Forza Horizon is back. Driving pleasure is back.