Home
Entertainment
Forza Horizon 5: These will be its launch multiplayer modes

Forza Horizon 5: These will be its launch multiplayer modes 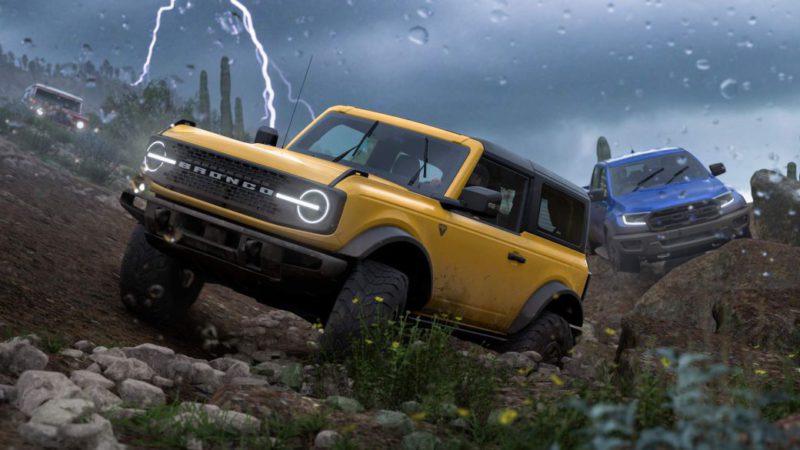 Playground Games has confirmed during the broadcast of the eighth episode of Forza Horizon 5: Let’s ¡Go! all the multiplayer modes that we will find in Forza Horizon 5 this coming November. The British studio has once again taken advantage of this television format to explain, at the hands of its top managers, the main characteristics of the series’ largest and most ambitious installment; which takes us this time to a Mexico full of ecosystems.

The multiplayer mode of Forza Horizon 5 will not ignore the changing weather, whose seasons will continue to be governed by a weekly model, but with constant changes of weather phenomena depending on where we are on the map. The name of the adventure mode in company will now be Horizon Open, with options such as Open Racing, Open Drifting and The Eliminator, the multiplayer mode that we saw in Forza Horizon 4 as a survival-based battle royale where the terrain gets smaller and smaller.

Another additional mode is Horizon Tour, which is not so much about competing but about contemplating the environment. This modality invites us to connect with another person and, simply, let ourselves be carried away by the pleasure of driving on the road while we chat; each in their car, but together. We can also compete in cooperative races with up to six players on the Horizon Tour.

Finally, all minigames and multiplayer activities that we already saw in the past. Here it will be important to see what the community is capable of when creating maps in the editor of circuits and scenarios designed for these purposes.

Indirectly but equally multiplayer, the function Gift Drops It will allow us to share our custom creations with the rest of the world. All Forza Horizon 5 users will be able to download and enjoy them whenever they want for free.