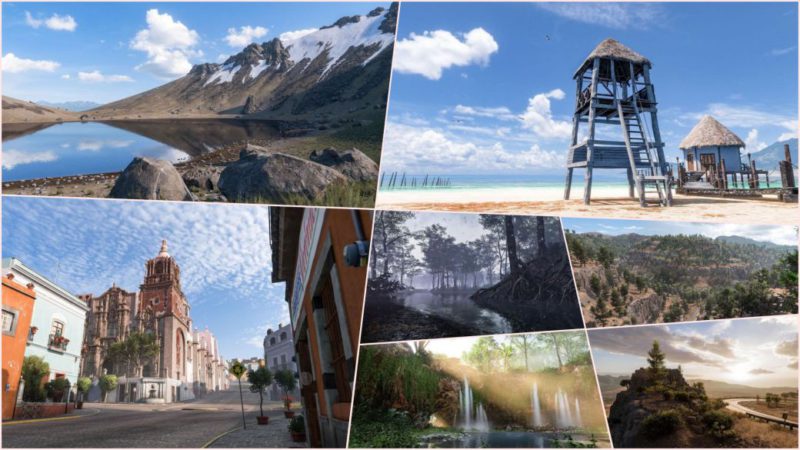 Forza Horizon 5 aims to mark a new record in the franchise. Playground Games has shared details about what awaits us in Mexico. The team reveals that we will see 11 unique biomes that will have varied effects depending on what season we are in. Yes, you read that right: the station system seen in the fourth installment returns.

“We knew from the first day that we wanted this to be the biggest Forza Horizon ever,” he begins. Mike Brown, creative director of the project, in an Xbox Wire post. “However, if we wanted it to be the largest, we felt that we also needed to offer the most diversity and contrast.”

Brown assures that Mexico “is almost like the entire planet in the same country”. Tropical jungles, canyons, beaches, modern cities, indigenous towns … We will go from one place to another during our entire trip on wheels. “When you add the incredible culture of Mexico, such as its music, art, history or people, there is no more exciting location for the Horizon festival than this,” he stresses.

The photo that accompanies these lines leaves no room for doubt: the variety will be served so that we can live totally different experiences during your game. As we said at the beginning, the 11 biomes available on the map will have a different transition through the seasons. In summer we will see tropical storms along the coasts, while in spring it will be usual to find rain in the jungle. Every change of season comes from the hand of concrete changes in these areas.

For its part, Forza Horizon 5 is scheduled to launch on the day November 9 on Xbox Series X | S, Xbox One and PC; available from day one on the Xbox Game Pass service.