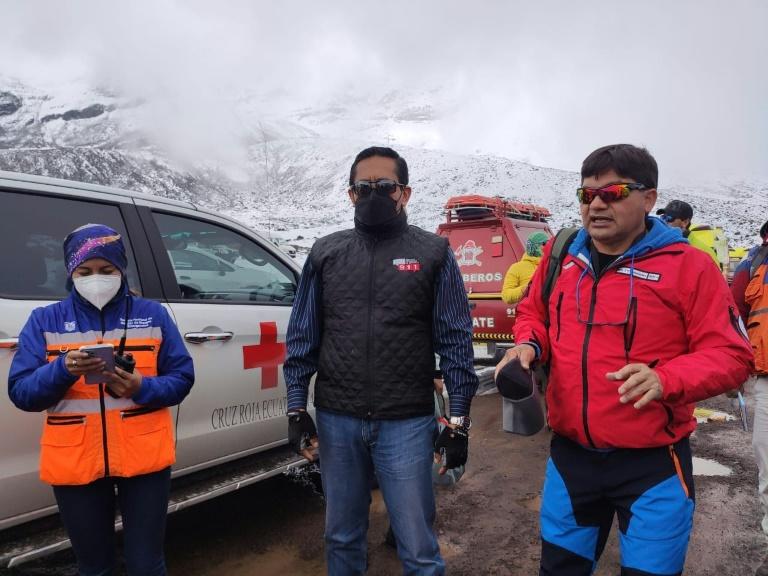 Four dead leave avalanches in the snow-capped Chimborazo volcano, the highest in Ecuador

An avalanche that occurred on Sunday in the snow-capped Chimborazo volcano, in central Andean and the highest in Ecuador, fell on a group of mountaineers, leaving at least four dead and one injured, reported the Integrated Security Service ECU911.

“The presence of four dead people (and) one wound is confirmed,” said the agency, according to which the avalanche – which is not related to volcanic activity – would have affected a dozen people. The nationalities of the victims were not detailed.

“While they were climbing the snowy Chimborazo, an avalanche fell on a group of people who were at a height of 6,100 meters above sea level,” ECU911 said in a statement.

He added that “in a preliminary way it is known that a group of 12 people were affected” in the snowfall.

El Chimborazo, a potentially active volcano with perpetual snow and located 130 km south of Quito, is 6,263 meters high. It is the highest in Ecuador and one of the main in the world.

At its feet are the towns of Riobamba and Ambato (capitals of the Chimborazo and Tungurahua provinces).

The massif, where skiing is not practiced, attracts national and foreign climbers.

Police and military specialized in high mountain operations, as well as rescuers, traveled to Chimborazo, where the authorities installed a unified command post to coordinate rescue actions.