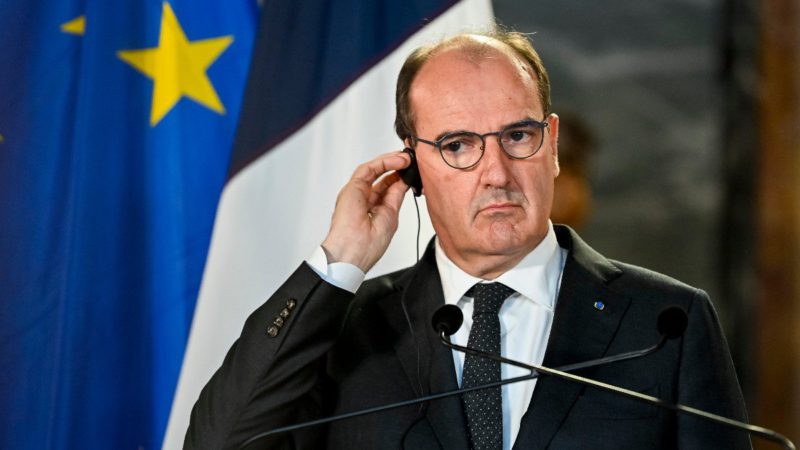 The French Prime Minister, Jean Castex, announced this Monday a battery of new restrictions in the framework of the fifth wave of coronavirus that France is experiencing, including the closure of nightclubs and the recommendation to vaccinate children from enteringe 5 and 11 years.

At a press conference, Castex It has also indicated that the protocol that until now governs in schools will be reinforced, now the mask will be mandatory in primary school, while from the administration They recommend telecommuting whenever possible.

The prime minister has insisted that the Government is avoiding resorting to “disproportionate” measures to contain this new wave, which is currently leading France to overcome the 50,000 daily cases of Covid. “This is not the time to set visitor limits, curfews or closures. That would be disproportionate, “he insisted.

In the case of club closings, It will be a measure that is in force for four weeks, from this Friday “until the beginning of January”, explained Castex, collects The world. The measure affects some 1,200 nightclubs, according to el Ministry of Economy, which will receive assistance from the Government.

“We do this because the virus circulates widely among young people, even vaccinated, because wearing a mask is extremely difficult in these establishments,” the prime minister justified.

Regarding the vaccination of children, it will be “voluntary”, although the president has urged parents to “if possible before the end of the year”, while those over 65 can receive the booster dose without an appointment, “Regardless of the center” they attend, with the intention of promoting immunization among the French population.

Finally, Castex has asked the French to “moderate” social interactions. «My message is very simple: Until the end of the year, we stop, we protect ourselves and thus we protect our ability to enjoy Christmas.

Also this Monday, the French Minister of Health, Olivier Veran, reported the detection of 25 cases of the Omicron variant so far, of which 21 come from abroad.