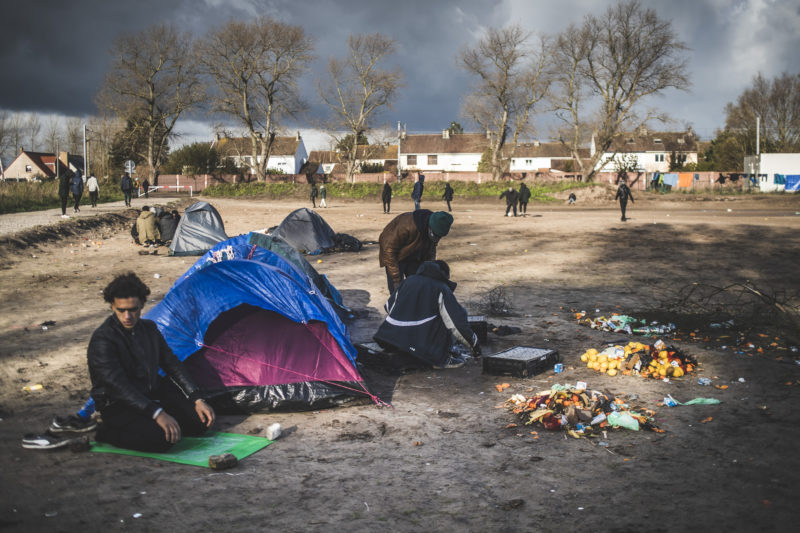 France believes that the only way to find a solution to the increasingly numerous and dangerous sea crossings in the English Channel is for the United Kingdom and the European Union to reach a post-Brexit migration agreement. Of a pact for the readmission of migrants without more, as proposed by London, not to mention because, according to Paris, Europe cannot be a “supplement” to British immigration policy. What the Boris Johnson government should do is open a “legal immigration path” that allows those who want to seek a better life on British soil to do so safely.

This will be explained by the French Prime Minister, Jean Castex, to his British counterpart in a letter that should reach 10 Downing Street this Tuesday and that Paris hopes will not appear on social networks, as the last letter from Johnson to President Emmanuel Macron , which created great unrest in a French government. Paris calls for “seriousness” in the negotiations on such a sensitive issue.

“What we want is a balanced agreement between the United Kingdom and the EU that responds to all the problems, (…) an agreement that opens the legal channels of immigration in Great Britain”, said Monday the Minister of the Interior, Gérald Darmanin, at a press conference in Paris. The figures, he said, support his line of argument: although 60% of the migrants who arrive on the French coast to try to reach the British coast have the right to request asylum in Europe, less than 5% do so. “You might wonder why they don’t do it, we propose it, but they want to do it in England,” said Darmanin. But, he added, London doesn’t seem to be doing its job: “We found that there are 30,000 asylum claims in the UK; in France they are 150,000. London is not doing its part ”.

Last week’s shipwreck, which left at least 27 migrants dead, has been a turning point in the migratory pulse – one of many – that London and Paris have maintained for months. Faced with British accusations that the French are not doing enough to prevent sea crossings in precarious vessels, Paris responds that this phenomenon, which has seen a large increase since security in the Eurotunnel and in ports, requires negotiations serene and without political “instrumentalisations”, as Johnson considers that he does.

In a new sending of the ball to the British field, the French Government, which held a defense and national security council on Monday focused on the channel’s migration crisis, established its “unacceptable red lines.” These imply a clear rejection of the proposals launched so far by London – readmission of migrants, Franco-British patrols on French beaches and returns at sea – and demonstrate the difficulties of a post-Brexit negotiation.

The agreement that is needed “cannot be a mere readmission agreement” on European soil for migrants arriving on British territory – more than a million in an irregular situation, according to London – because “it is not a unilateral agreement,” insisted Darmanin. “The United Kingdom has not left the world, although it has politically left Europe (…). We cannot be a substitute for British policy, ”stressed the French Interior Minister, who on Sunday welcomed immigration officials from Germany, Belgium, the Netherlands and the European Commission to Calais to discuss the issue. The British Interior Minister, Priti Patel, was excluded from the meeting after Johnson made public his letter to Macron demanding the readmission of migrants arriving on his territory.

“When there are no double speeches and it is discussed in a serious spirit, France is ready to quickly resume talks with the UK,” said Darmanin.

Pending a response from London, Paris announced on Monday that it will double the staff of the office dedicated to the fight against clandestine immigration and that it will focus on the networks of human smugglers. The idea, Darmanin explained, is to apply the same tactic as in the fight against drugs, creating “antennas” in the most affected regions and organizing teams that include magistrates and finance officials capable of dismantling networks that extend throughout the neighboring countries and are also organized in part at least from the UK.