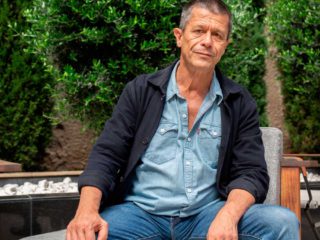 The French writer, screenwriter and filmmaker Emmanuel Carrere (Paris, 1957) has been awarded the 2021 Princess of Asturias Award for Literature as announced today by the jury in charge of its award. Due to the situation caused by the COVID-19 pandemic, the meeting was held via videoconference

Carrère’s candidacy was proposed by Pedro Miguel Echenique Landiríbar1998 Prince of Asturias Award for Scientific and Technical Research. In this edition, a total of 33 nominations from 20 nationalities attended the Literature Award.

This has been the fifth of the eight Princess of Asturias Awards that are awarded this year, in which they reach their forty-first edition. Previously, the Princess of Asturias Award for the Arts was awarded to the performance artist Marina Abramovic, Communication and Humanities to the journalist and writer Gloria Steinem, the Social Sciences to the economist Amartya Sen and the Sports to the swimmer Teresa Perales. In the coming weeks, those corresponding to (in order) International Cooperation, Scientific and Technical Research and Concord will be decided.