From 7 p.m .: iPhone 13, Apple Watch 7 and more in the live ticker and live commentary 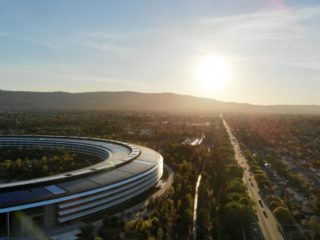 Autumn is here and with it, as usual, there are new iPhones: This Tuesday, Apple will most likely present the iPhone 13. The California Streaming event should once again be a recording packed full of new products. It starts at 7 p.m. Central European Summer Time.

Externally, the iPhone 13 should only differ slightly from the iPhone 12, which brought back a more angular design last year, and Apple will probably keep the four sizes offered this year. In addition to new color variants, a reduction in the “notch” at the top of the screen is expected. The new models could be slightly thicker to make room for a larger battery and new display technology. This should be able to increase the refresh rate dynamically up to 120 Hertz.

In addition to even more fluid transitions and animations, the screen technology could also enable an economical always-on mode in which status information and notifications are permanently displayed. Furthermore, the camera has been revised and should be able to shoot ProRes videos, among other things. There is also speculation about satellite radio.

Series 7 of the Apple Watch in a new look

The Apple Watch seems to be the first major design change in the house with the Series 7 version: Based on the iPhone 12 and iPad Pro, the case is said to be a bit angular and the sides are flatter. This should also enable the screens to be enlarged, which then extend further to the edge. Details on new health sensors have not yet penetrated, here major innovations are likely to be expected again with the Apple Watch Series 8 in the coming year.

In addition, the rumor mill believes that Apple is introducing new AirPods of the classic variant. The AirPods 3 are expected to use a new design that adopts the shorter and more inconspicuous stem of the Pro version. A larger battery box and exchangeable ear tips are also under discussion. ANC should not have the devices. Apple could also show new iPads and MacBooks, although these will probably only be presented at another event (or even several keynotes).

As always, Mac & i reports on the Apple keynote with a live ticker, which allows readers to follow all new features in minutes:

Parallel to the live ticker, there will also be a live commentary on the event on YouTube. Heise experts Johannes Börnsen (video producer and ambitious Apple user), Florian Müssig (hardware department c’t), Immo Junghärtchen (Apple author) and Volker Zota (editor-in-chief heise online) will be there: