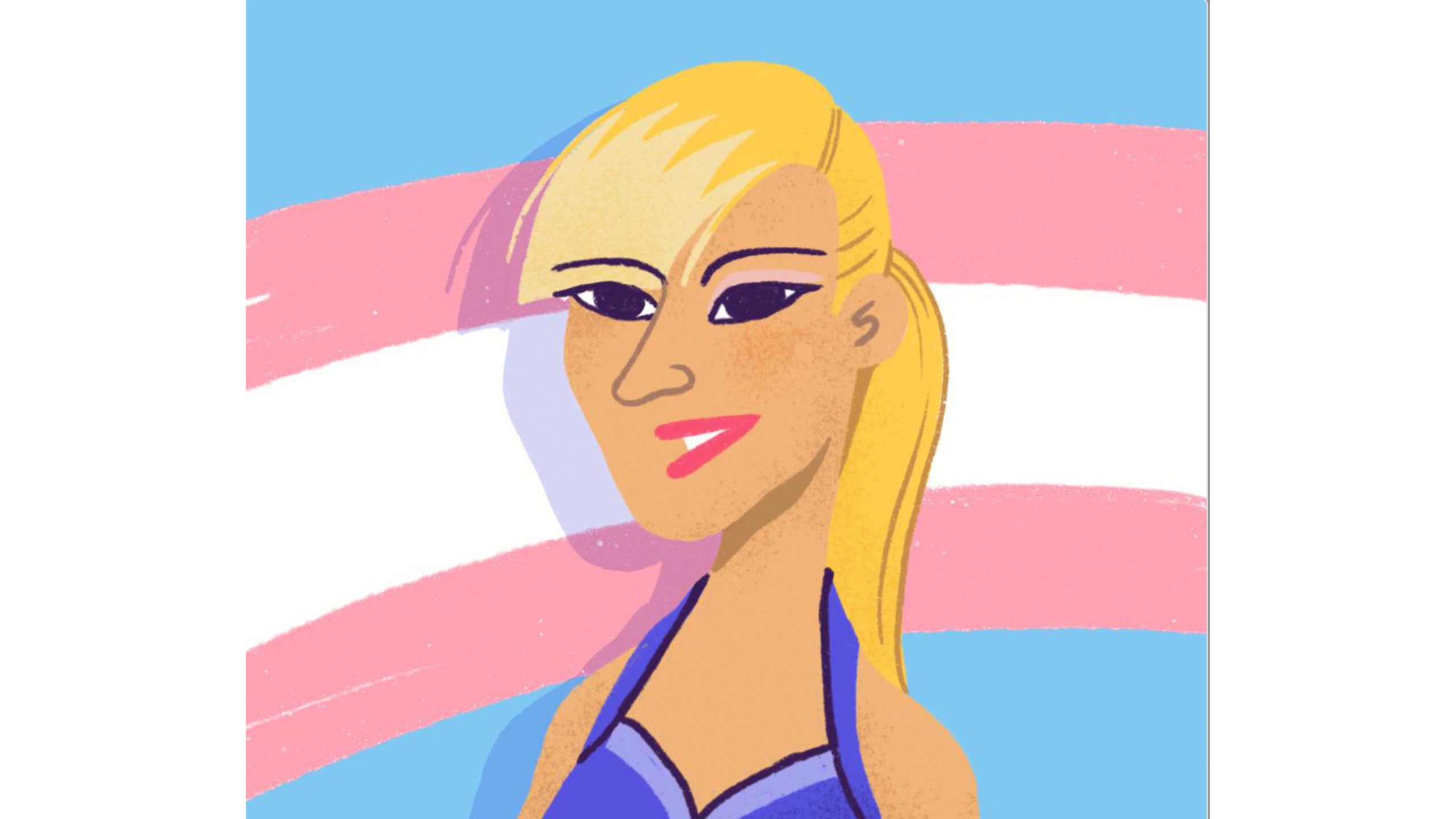 From outcast to heroin: the murdered Honduran who continues to fight for trans rights in Latin America

Vicky Hernández’s best friends can be divided into two groups: those who are dead and those who are exiled. In life, this transgender woman murdered at the age of 26 was discriminated against because of her identity, for being a sex worker and HIV-positive. After her execution by a shot to the head during the 2009 Honduran coup, the young woman who often came home beaten, victim of hate attacks, and who fought for rights trans and in order to raise her family, she attracted an army of diverse women who now fight so that her death does not go unpunished.

Among those who promote the case ‘Vicky Hernández and others against Honduras’ Before the Inter-American Court of Human Rights —which could determine for the first time the responsibility of a State in the death of a trans person— are some companions who survived him, such as Claudia Spellman, who directs the Collective Unidad Color Rosa, where Vicky became in activist. Spellman had to go into exile to the United States to avoid ending up like her. There are also her mother and sister Tatiana, who always supported her, and other professionals who, without knowing her personally, joined the litigation, such as the Colombian lawyer Angelita Baeyens, from the Jonh F. Kennedy Foundation for Human Rights in Washington; Honduran activist Indyra Mendoza, coordinator of the Lesbian Network Cattrachas; or the Argentine expert Marlene Wayar, who is also transgender and who testified as an expert in the trial.

All of them have played an important role in a case in which the Honduran State is judged for the death of Vicky, which occurred during a curfew and in a context of attacks and violence against the transgender population, often at the hands of public security forces. “Vicky’s case is so powerful and compelling in court because she was not the only trans woman who was murdered in Honduras during the coup. There were two that day, another the next day, and seven in another week. In total there were 15 and all were extrajudicially executed with a shot to the head and their cases are unpunished, ”Indyra Mendoza de Cattrachas, the non-governmental organization that collects data on the death of LGTBI people in Honduras and that prompted Vicky’s case in the Inter-American Court.

The verdict, which must be issued soon, may also represent a milestone in the defense of the rights of the LGTBI population throughout the region. “Her death will not go unpunished because transgender rights will be recognized,” says Claudia Spellman hopefully from New York, where she went into exile in 2013 due to threats and after being the victim of attacks shortly after launching into politics. in Honduras. “I am anxious and with mixed feelings. To think that she had to die to get them to pay attention to the trans community. Honduras is going to be an example. Something positive has to come out of this negative, “he says in an interview through Zoom.

The voice of this 43-year-old transgender woman played a predominant role in the virtual audiences of the case last November. The judges heard in her testimony how, for women like her, practicing prostitution is almost the only way out in a country that systematically discriminates against them. He also said that his worst aggressors “have always been the police.” Spellman met Vicky Hernández in the early 2000s in Guatemala City. He remembers her as a very young person, who had “dreams of having an academic career”, something that he had not been able to do because he was poor and trans, two conditions that forced him to leave school in sixth grade. At that time, both were engaged in prostitution and decided to travel to the neighboring country to “earn a little more and because it was a little safer,” he says.

Although they did not know each other before, they sometimes met in a cafe in Central Park, where sex workers used to buy takeout. “I met Vicky once and that empathy emerged. As we were from the same country, we started talking ”, he recalls. In 2007, when the two women had returned to San Pedro Sula, where they are from, they met again at the premises of the organization that Spellman had set up to help other trans women. “Vicky came to ask for condoms to do her job and became interested in the organization. Since she lived nearby, she became one of the most active leaders, ”she says. The young woman became a public figure who represented the Unity Color Rosa Collective in the media, went to marches, and even as a spokesperson for civil society and government meetings.

But that active role in defense of her community did not protect Vicky from transphobic violence. “He always told me that it was very hard to work on the street because there was discrimination,” his sister Tatiana Rapalo recounted by phone from San Pedro Sula. “She was always beaten or assaulted and suffered a lot.” Despite the attacks, the young woman continued working because she was the breadwinner: she supported her mother, her younger sister and a niece, the daughter of another brother who had been murdered and who was 2 and a half years old when Vicky was killed. .

“Vicky’s story doesn’t begin with her death,” says attorney Angelita Baeyens of the JFK foundation. “She had already suffered many abuses during her life, among other things, by the police themselves. And he had also been the victim of knowing that he could not go to the protection of the authorities when he suffered attacks at the hands of private individuals. For example, a few months before her death, she had already suffered an assault by a private security guard ”. That time, as his sister and her friends recall, the guard hit him in the head with a machete and, although he filed a complaint, it did not proceed.

On June 29, 2009, the lifeless body of Vicky Hernández was found on a street in San Pedro Sula with a gunshot wound to the head. The last two people to see her alive, Michelle Torres and Fergie Alicia, two other transgender women, said that they lost sight of her when they left a friend’s house and a police patrol arrived and began to chase them. Each one ran in one direction. Separating was a strategy they had in their group to try to avoid systematic attacks by the security forces, as Claudia Spellman explained in the trial before the Inter-American Court of Human Rights.

The two eyewitnesses have not been able to testify in that court because they were killed shortly after. But the role of the transgender community of San Pedro Sula has been key in gathering the evidence of the case. One of those women, Lisa Camacho, was in charge of preparing Vicky’s body for the wake, which they held at the organization’s headquarters. The woman, who also had to go into exile to the United States later, realized that the body did not present any scar that would indicate that the authorities had performed an autopsy, something that in the hearings of the Spellman case attributed to discrimination for being trans and HIV positive.

Vicky’s defense alleges that the evidence that appeared next to her body – a bullet and a used condom – was not investigated, and that the way in which she was murdered, with a shot to the head, coincides with how the women were killed. 14 other trans women who were murdered during the coup, a pattern that Angelita Baeyens interprets “almost as a social cleansing.” He also says that twelve years after his death, the state has done almost nothing to investigate the murder.

In their turn before the court, the representatives of the Public Ministry of Honduras said that there was no evidence that Vicky’s death was at the hands of the forces of order and alleged that there had been progress in protecting vulnerable people and that public officials have been trained to try to sensitize them to gender diversity. However, Indyra Mendoza, from Cattachas, affirms that in practice, the rejection of the LGTBI community continues to kill in Honduras. “Although homosexuality is not criminalized, all the other laws that discriminate against us mean that we do not have rights,” he laments. And he mentions the case of a Puerto Rican lesbian who, after falling ill, died in Honduran territory because his wife was not recognized to authorize her to leave the country in a medicalized helicopter that they got for her. “It took two more days and he died. They killed her, ”he says.

That is why for the women defending Vicky in court, this case is so important. “We hope the verdict is favorable,” says attorney Baeyens. “But for me the question is how far the court is going to go in terms of its reparations and measures of non-repetition.” For its part, her family awaits an exemplary sentence so that other transgender women do not have to suffer like her. “The truth is that Vicky’s life is not going to be relived, because what we most want is to be with her,” says her sister Tatiana. “But I do want them to have rights and to have respect for them.”

For the family, awaiting sentencing is also a race against time because Vicky’s 65-year-old mother has cancer. “He says that before leaving they want justice,” says Tatiana. In Vicky’s defense squad, there is also a feeling that the arrival of the case to the Inter-American Court is already a posthumous victory after her murder. “She was an advocate, an activist. So, knowing that even after her death the banner of her activism has been carried forward, I would like to believe that she would feel very proud and happy, “says Angelita Baeyens. “It is a great responsibility with the family, with the organization in which she worked and with her friends and her colleagues, although very few remain alive. I think I would be satisfied, happy that the fight is still going on ”.