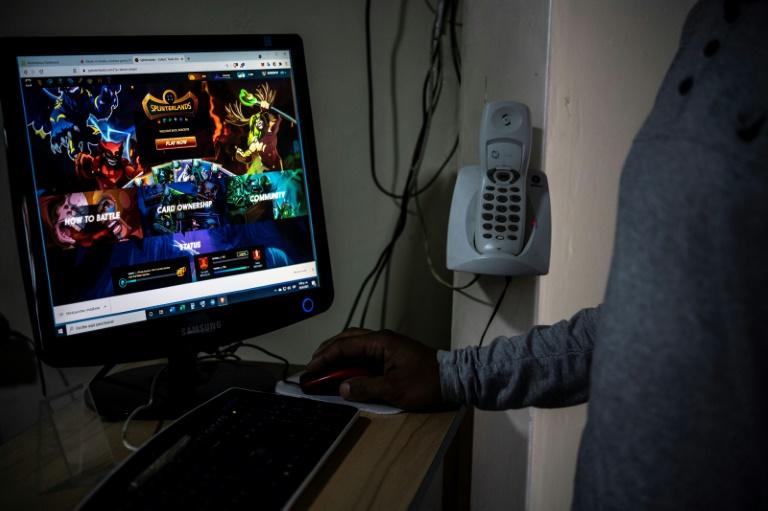 Zacary Egea wakes up upset in the middle of the night. “The plant!” He exclaims before jumping onto the computer and confirming that everything is fine: he is one of many Venezuelans who are adept at NFT video games to make money.

32-year-old Zacary plays Plant Vs. Undead, in which he grows virtual plants that he can sell, after an initial investment that produces a profit if all the instructions of the program are followed.

These video games are based on NFT (‘non-fungible tokens’), digital assets exchangeable for current money on blockchain technology platforms, the same as those used with cryptocurrencies.

He was a policeman for nine years, but he hung up his uniform due to the low salary he earned, in a country that is going through its eighth year in recession and fourth with hyperinflation, and where local currency and savings capacity were shattered.

“What do I want with this? To get together to have a house of my own to have my family,” this man who lives with his mother in an apartment complex in a popular area of ​​Caracas told AFP. “It is a long-term projection.”

With about $ 300 he saved working as a motorcycle taxi driver and a delivery driver for a home delivery app – his current job – he upgraded his computer and started playing games.

Earlier, you opened a digital wallet to process NTFs, in order to exchange your earnings for real money.

His first investment: $ 80 for a sunflower and some digital sprouts, which will eventually allow him to purchase a seed to “plant” a tree, which he can then sell for $ 2,000 when it grows.

In a school notebook he keeps details of the behavior of his operation, with market data like a stock broker.