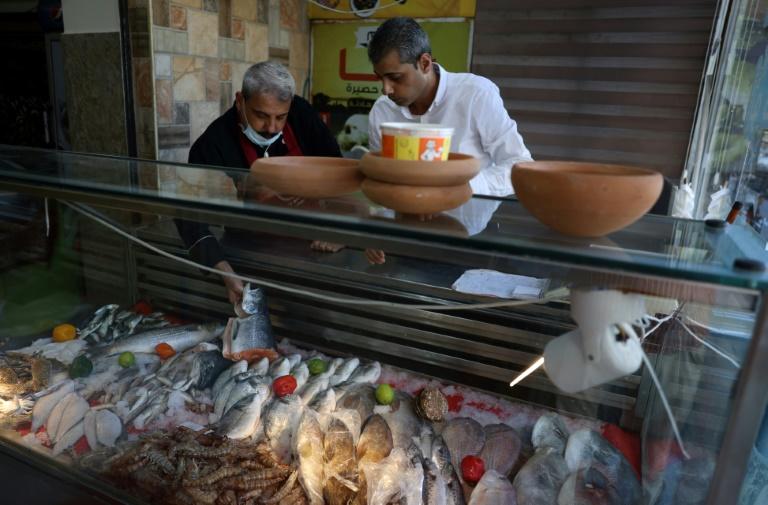 From the sea to gastronomy, the Abu Hassira family restaurants in Gaza

“Do you know where Abu Hassira’s restaurant is? Which one? Munir’s, Abu Ali’s, or Moin’s?” In the shadow of wars, the Gaza Strip is teeming with fish restaurants, many of them unknown to foodies and often run by a large local family.

The first rays of sunlight are barely visible when Mounir Abu Hassira approaches the fish market, in the heart of Gaza’s port.

With a fine mustache and lively eyes, the man looks more at the grouper, the bream, and above all, the large shrimp that come out that morning at about 70 shekels (about 19 euros, 22 dollars) per kilo, a small fortune in Loop.

“These are expensive fish for the people of Gaza. I buy them for my restaurant and the rest is frozen before leaving for the West Bank, through the Israeli pass of Kerem Shalom,” says Munir, accompanied by assistants who put the fish in a van. hundreds of kilos of fish bought.

For decades, the great Abu Hassira family launched their hordes of fishermen into the Mediterranean from Gaza. But, after opening a first restaurant in the 1970s, he ended up leaving the sea, where today they earn ridiculous sums.

According to the Israeli authorities, who have imposed a blockade on the enclave since 2007, 4,200 tonnes of fish and shellfish were caught off the Gaza coast last year, of which 300 tonnes were destined for export.

“I am the last fisherman in the family. I sold everything in 2013. Now we are in the fish trade, we have 13 Abu Hassira restaurants,” says Eid Abu Hassira, with his almost silver-white hair, wooden stick and sanitary mask underneath. of the nose