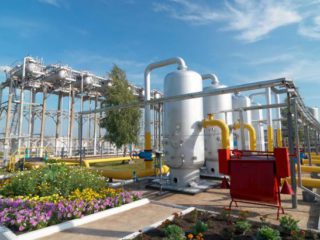 US natural gas futures started slightly higher on Friday but prices were declining throughout the session, resulting in the formation of a technical maximum swing in the closing price. There were no major changes in fundamentals so most traders attributed the drop to profit taking, following a rise of almost 50 cents on Wednesday and Thursday.

Despite this small setback we see that the bullish tone is maintained due to weak production due to the closures related to the hurricane and due to persistent concerns about tight storage balances before the start of the heating season of winter.

According to the Office of Safety and Environmental Compliance (BSEE), as of Friday almost three-quarters of the natural gas produced in the Gulf of Mexico, 1.68 Bcf / d, remained out of service.

According to data at noon on Friday, 65 oil and gas production platforms were still unmanned, accounting for more than 11%, the BSEE said. The personnel had also not returned to three moored platforms, which represents 28% of work offshore. In addition, two unmoored rigs, or 13%, remained out of their location before the hurricane, Natural Gas Intelligence (NGI) reported.

NGI went on to say that production was already modest before Ida, with production averaging about 92 Bcf / d during the summer months, below pre-coronavirus pandemic levels and about 1 Bcf / d below what many analysts have said is needed to align supply with demand before winter.

“At the same time, Asian prices have set historic seasonal records and are now just below their January peak. Normally when the weather cools down in the fall, so do prices (due to lower demand for refrigeration) but that is unlikely this year as European gas reserves are at the lowest level for this time of year. we’ve seen in recent history, and the time to replenish stocks for winter is quickly running out. “