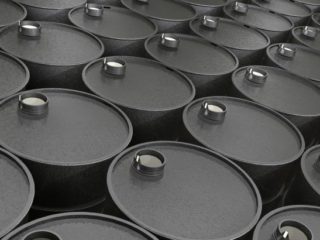 The West Texas Intermediate and Brent futures, the international benchmark, soared on Friday after traders refocused their attention on the lack of supplies. In essence, the growing signs of supply shortages in the United States as a result of Hurricane Ida more than offset the bearish influences of Saudi Arabia’s price cut to Asia and China’s release of oil from its strategic oil reserve.

The oil market was also boosted by the news of a call between US President Joe Biden and his Chinese counterpart Xi Jinping. The call raised hopes for warmer relations and greater global trade, according to Reuters.

As for other news, it should be noted that the United States added drilling rigs in the last week, according to energy services company Baker Hughes, indicating that production may increase in the coming weeks.

US offshore oil companies restored nearly 200,000 barrels of production on Friday, while most of the Gulf Coast crude production remained idle after Hurricane Ida, according to government data.

The storm hit the US Gulf of Mexico nearly two weeks ago, damaging infrastructure and taking more than 21 million barrels of production off the market, Reuters reported.

More than two-thirds of the oil production of the US Gulf of Mexico, or 1.2 million barrels a day, remained closed while repairs dragged on, helping to support world oil prices. .

Most of the nine Louisiana refineries closed by Hurricane Ida have either restarted or were restarting as of Friday, nearly two weeks after the powerful storm made landfall, according to a Reuters study.

Refineries are getting back to work faster than oil production, a setback from previous storm recoveries. Only three of the nine refineries were completely shut down, accounting for about 7% of Gulf Coast refining, compared with the shutdown of two-thirds of oil production.