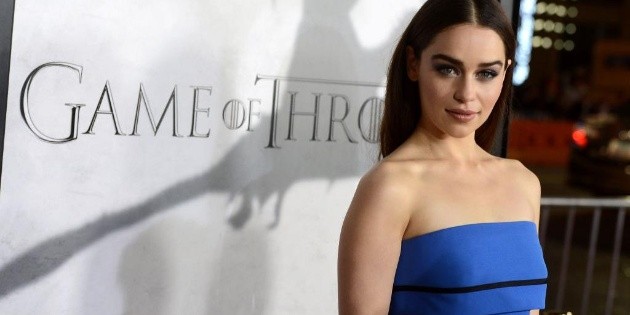 Game of Thrones: the scene that Emilia Clarke improvised and nobody noticed

This year marked the 10th anniversary of the premiere of one of the best series in history. Clearly, we are talking about ‘Game of Thrones’, which in front of the cameras has given us a unique fiction with unforgettable characters, but behind them there are stories that few or no fans know. It is one more story from the book ‘Fire cannot kill a dragon’, post showing unknown events.

Earlier we learned of the worst experience in fiction from Iwan Rheon, better known as ‘Ramsay Bolton’. He said the wedding night scene after he married Sansa Stark was a horrible thing, so it happens. On the other hand, Liam Cunningham (Ser Davos Seaworth) had trouble with the showrunners when he refused to have a relationship with Naath’s Missandei and they also confessed what was the most unpleasant part for some actors.

On this occasion, director Jeremy Podeswa revealed that Emilia Clarke improvised an entire monologue in fictitious Valyrian language for a scene in which ‘Daenerys Targaryen’ orders the execution of one of the three Meereenese nobles. that they might be plotting against her. Remember this scene!


Podeswa took the recommendation of David Benioff y Dan Weiss of doing the scene in Valyrian and consulted Clarke if i could do it: “Yeah sure, I think I can do this”she replied. “Then he left and improvised things that he had said in the past that made sense. He came back in 10 minutes and had everything ready.”Jeremy completed.

The director continued: “I had to give it to Emilia for accepting the challenge and making it completely believable. In every take, every intonation and the way she put it all, they fully understood what she was supposed to be saying.”. Ended: “He did an amazing job”. As we mentioned, the book has other stories, like another by Emilia Clarke, in which she had problems with the production.