GDPR: Criticism of Ireland as Europe’s “bottleneck” underpinned with numbers 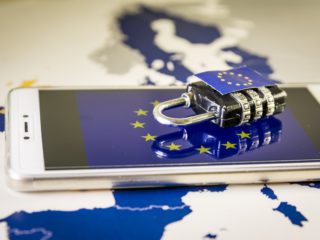 Ireland’s data protection authority is by far the bottleneck in the cross-border enforcement of the GDPR, only Luxembourg comes up with similarly poor values. This emerges from a current report by the civil rights organization ICCL (Irish Council for Civil Liberties). By May 2021, Ireland’s DPC had made a total of four (preliminary) decisions in 164 proceedings of Europe-wide importance, 98 percent of the cases were therefore unprocessed. In Luxembourg, 9 percent of the proceedings were completed, in all other countries at least 20 percent – Germany comes to 43 percent, Spain even to 52 percent. But that should no longer be down to the money, Ireland’s data protection supervisory authority therefore has the fifth highest budget in Europe.

The criticism of Ireland’s data protection officers is not new, since the GDPR came into effect, the authority has played a key role in Europe and the inadequacies have become particularly visible. Internet companies such as Facebook, Google and Twitter have their European headquarters on the island, so they are the responsibility of the DPC throughout Europe. For a long time she was considered chronically understaffed and prejudiced. In Europe, impatience and dissatisfaction with colleagues in Ireland are growing. With 155 employees, the Data Protection Commission now has the fourth largest staff in Europe and is only behind Germany, Italy, the Netherlands and France in terms of budget.

According to the report, DPC receives by far the largest number of GDPR procedures that are forwarded from another state. With a total of 393 such complaints, the authority is well ahead of Germany with 237. Almost three quarters of all such complaints went to only seven European countries. The ICCL has also determined that Germany accounts for almost a third of the European budget for data protection authorities, and 9 data protection officers have less than 2 million euros available annually. In addition, the European data protectionists have far too few technology specialists in their ranks, the organization still criticizes. The report was therefore handed over to the responsible EU commissioner together with reform demands.