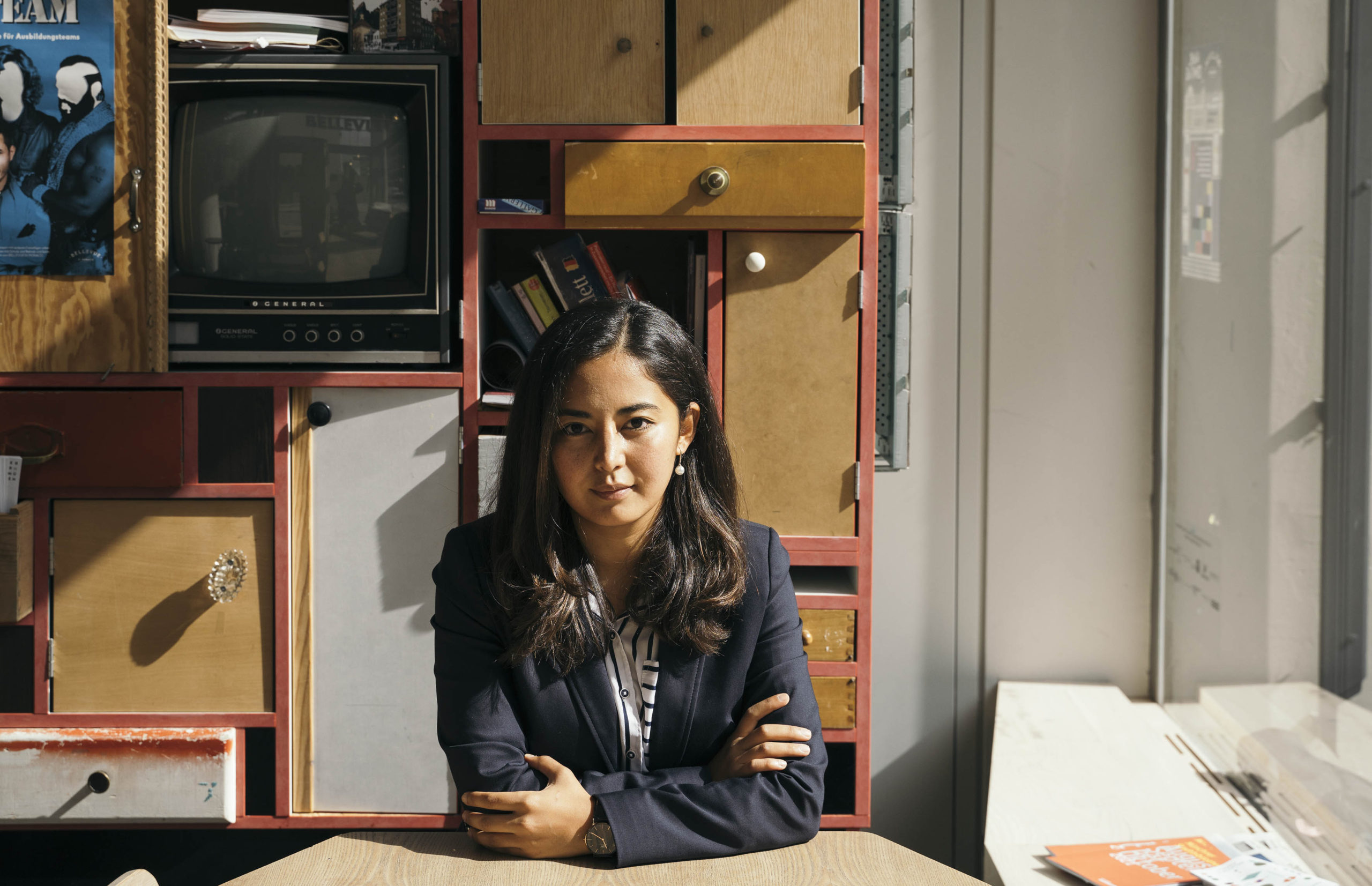 Six years ago Europe fixed its eyes on the fate of people like Gasan Yousef. In September 2015, Munich Central Station became the center of a flood of humans fleeing conflicts scattered around the world. The migration crisis put Germany under immense pressure, gave wings to the extreme right and almost cost Chancellor Angela Merkel her job. While the country wondered how many people it could take in without collapsing, Yousef, a Syrian of Kurdish origin, had more pressing concerns.

For example, what were he and his wife, Ramadan, five months pregnant, going to do in a place they did not know everything about and where they had arrived after a very hard journey made to pieces of buses, trains and journeys on foot. But that is far away today. “Here we are fine. People smile more than in Syria and there are many more trees. The bad thing is that it rains so much ”, he assures satisfied while pointing to the clouds that can be seen from the apartment that he has managed to rent on the outskirts of Munich.

Immigration is not the central issue in the elections that next Sunday will send Merkel – this time already – to retirement. Politicians fill their speeches with topics such as the environment or digitization. But every now and then a phrase is heard. “2015 cannot be repeated.” The Taliban’s victory has brought back fears that an international crisis could lead to another wave of refugees. The truth is that the problems in Afghanistan have so far not translated into an increase in arrivals. But fear is free.

Social workers recall how the state’s seams were about to burst in 2015 and 2016, when more than 1.2 million people applied for asylum. “There were days when 12,000 men, women and children arrived at the Munich station with nothing to attend to. Without the help of the population, who turned over, we would not have been able to overcome it. Thousands of volunteers brought food, clothes, toys or helped out with whatever was needed ”, recalls Gerhard Mayer, head of Housing and Immigration at the City Council of the Bavarian capital, in his office. In those days, the most common question was whether Germany would be able to integrate so many people. Six years later, the answer is closer to a nuanced yes. Much progress has been made, but there is still a long way to go.

“There are people who have not known for 11 years if they will be expelled,” protests Zahra Akhlaqi, an Afghan refugee who arrived in Munich at the age of 14 and now speaks perfect German and studies law

Zahra Akhlaqi represents the best example of this long-awaited integration. At 22, this woman born in Afghanistan and raised in Iran – where her family fled persecution during the first Taliban government for belonging to the Hazara ethnic group – has already lived long enough to write several biographies. The flight left the family for two years, with an intermediate stop for her and her sister in a reception center in Greece, until at the age of 14 she was able to meet her mother in Munich. Now he speaks perfect German and studies law thanks to a grant from the Heinrich Böll Foundation.

Akhlaqi has come a long way thanks to his efforts, which is partly explained by the fear that gripped him during adolescence. “I spent my summers in German class convinced that if I didn’t get good grades they would expel us to Afghanistan,” she recalls. At some point in the conversation, looking back over the painful incidents of his short life, he can’t help but get wet in his eyes.

The coming to power of the Taliban in Afghanistan raises fears of another migration crisis. Nobody wants to repeat 2015

Gesine Schwan, a social democratic politician who aspired to the presidency of the Federal Republic, recalls that Germany has already gone through the experience of integrating 12 million expelled from their former eastern territories after the Second World War. “Economists estimate that to maintain our growth we need at least 400,000 immigrants each year. But contrary to what many say, Germany does not want so many people to come “, assures Schwan, who has just published The failure of Europe. A humane refugee policy is possible, where she is very skeptical of the supposed “culture of welcome” in her country.

Despite the difficulty of integrating so many people, there is encouraging data. A report by the German Economic Institute (DIW) estimates that more than half of the people who arrived in the 2015 crisis have found work. The percentage drops considerably among women, many of them without professional occupation in their countries of origin and in charge of their children. “The process has been faster than expected at the time. There are still many needs to be covered, but integration has taken a giant step forward ”, says Alexander Kritikos, researcher at DIW.

The obstacles remain enormous. For example, to find your own home – beyond reception centers or shared flats paid for with public funds -, to learn German or to validate the academic qualifications obtained in the country of origin.

Yousef knows first-hand how difficult all these processes are. Despite running a restaurant in Damascus in his previous life, he has not achieved a chef’s degree in Germany. He works at a kebab stand and hopes to open his own store. “I was up and had to go down, but I’m going to go back up,” he says while the two children play with their mother. He has been lucky. A City Council program allowed him to secure a rental agreement that he could afford. His home is in a neighborhood where practically all the neighbors are of foreign origin. Not a single German name is visible on the doorbells of the houses. Despite everything, he has been lucky. Many other refugees have been waiting for years for a home like yours. In Bavaria, only 30% to 40% of asylum seekers manage to live in a separate apartment. The rest continue in shelters or shared housing, explains Stephanie Pausch, a social worker for the Government of that land.

The case of Akhlaqi is even more exceptional. She knows it. And he is also aware that many other refugees have not been able to adapt so well. It indicates some measures that could lighten the burden on their shoulders, such as reducing the waiting time to find out if the asylum request has been accepted. “I know people who have been 11 years without knowing if they were going to be deported. That way no one can build a life, ”says this student who aspires to finish Law to help improve the situation of people who have gone through the same thing as her, the Zahras of the future. “I certainly don’t want to be a traditional lawyer,” she says with a smile.

At the height of the 2015 crisis, Merkel uttered a phrase that would haunt her for a long time. “We are going to do it,” he said. Was the chancellor right when she said that Germany would overcome this major challenge? Pausch is thoughtful when she hears the question. “Partly yes, but very little time has passed. This is not a task for a few years, but for a whole generation ”, the social worker finally responds.