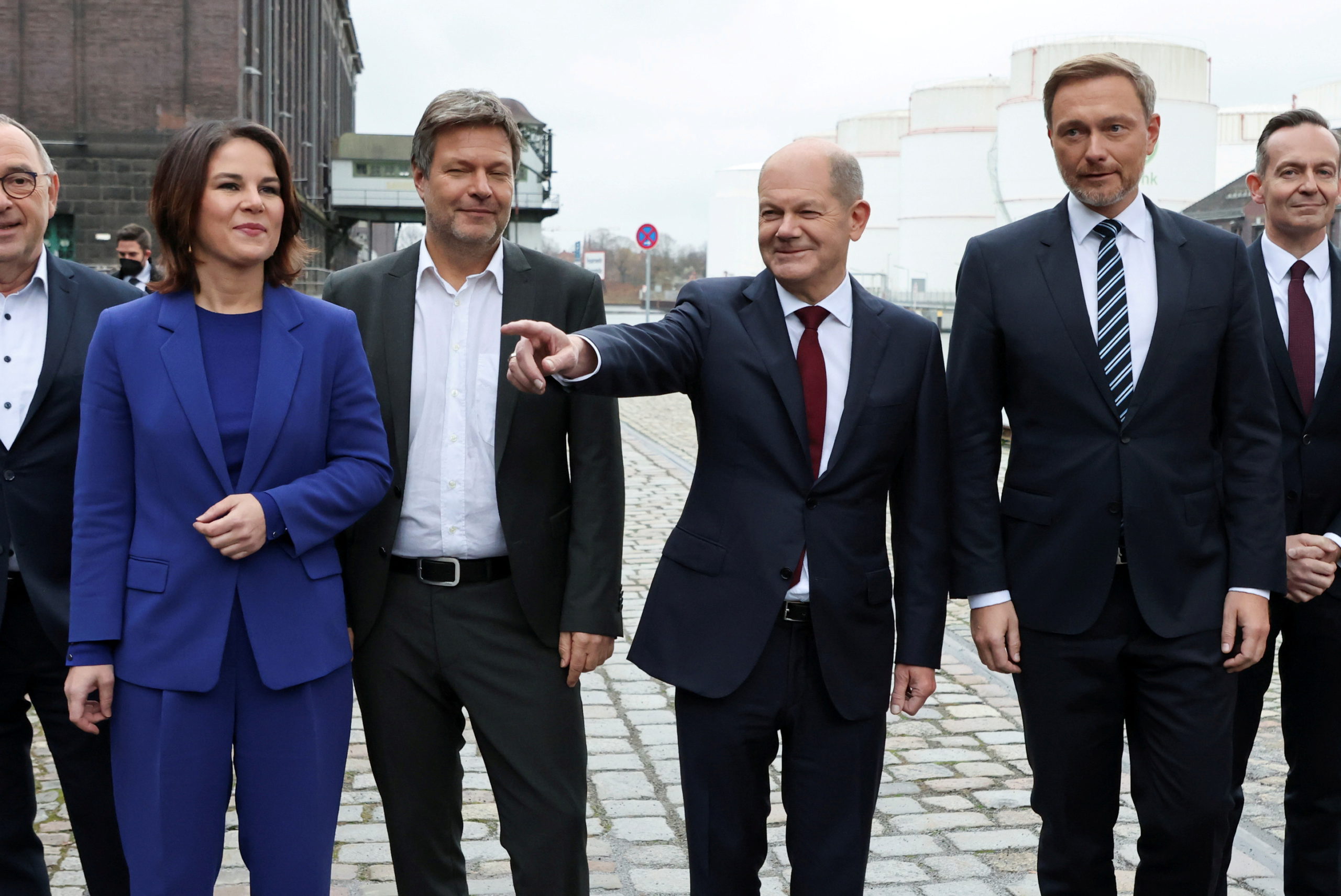 Germany: The new German government closes a pro-European pact that opens the door to reforms | International

Olaf Scholz’s Germany is moving away from the image of a grumpy member of the European club that it gave in the worst years of the euro crisis. Without taking a major turn from its traditional fiscal orthodoxy, the tripartite that is preparing to take the reins of the continent’s leading power shows signs of greater openness and uncomplexed Europeanism. In the document presented this Wednesday by Social Democrats, Greens and Liberals, the word Europe appears 254 times compared to the 144 in which Germany is mentioned.

Berlin opens up to reform the spending rules of the EU countries, naturally admits the issuance of joint European debt from the Next Generation EU aid plan and bets on the banking union. The paradox is that these advances will be led by the leader of the hawks, the liberal Christian Lindner, who will take over the Finance portfolio. The wolf must herd the flock. Asked by journalists, the Minister of Finance in péctore He assured this Wednesday that he is not there to serve his party, but the country.

The contract signed by the three parties does not represent a revolution. But it does show signs of greater European flight: with the change of treaties included that should lead to a federation of European states. This is an unlikely bet in the medium term, but it marks the path that the men and women who now rule Berlin want to travel.

“Reading the text gives the idea of ​​a government very favorable to strong European integration, with an unambiguous declaration to ensure the primacy of the rule of law and a mention of changes in the treaties,” sums up Guntram Wolff, from the Bruegel Institute in Brussels. . “These are major words that would require a constitutional change,” adds Miguel Otero, from the Elcano Institute.

In the current European situation, the message that, indirectly and without mentioning them, is sent to countries such as Hungary and Poland also becomes important. “We will support the proposals for the disbursement of funds from the European Commission only when requirements such as judicial independence are guaranteed,” the three parties assure, in a shot at the waterline of the ultra-conservative governments of Warsaw and Budapest. And, in the face of attempts to strike at the supremacy of European justice, Germany proposes to strengthen the Luxembourg court by extending the mandate of its judges to 12 years. In this chapter the hand of the Greens is sensed, destined to assume the Foreign Ministry and who demand a tougher line against countries such as China or Russia.

Future Chancellor Scholz and his partners also address some of the issues that will most influence how Europe emerges from the coronavirus crisis. The Stability Pact – the rule that sets the limits of deficit and debt in the Member States, frozen in the wake of the colossal blow caused by the pandemic – must be reformed to be “simpler and more transparent”. The underlying objective is “to ensure growth, maintain debt sustainability and guarantee sustainable and climate-friendly investments.” But almost as important in this text is what it says as what it omits: the three parties do not put any limits on this reform.

“The document is good news for Europe because it explicitly allows the development of fiscal rules; and it also does not contain any red lines for future negotiations. Now it is up to the European partners and the Commission to take on the words with which the new coalition is presented, ”says Lucas Guttenberg, deputy director of the Jacques Delors Center at the Hertie School.

The banking union process —whose completion has not yet come due to the resistance of the northern countries to assume costs from the southern entities— must be completed “to strengthen the competitiveness of the German credit institutes and the rest of Europe”. The document casts one of the great taboos among the hawks: the creation of a deposit guarantee fund, although lines below this proposal drains with the insistence that before its establishment, banks must reduce the risk of their balance sheets.

For the first time in 16 years, Angela Merkel will not mark the fate of Germany. His successor has redoubled the European bet, although it is advisable not to be deceived: in Berlin the change will be smooth, there will be no 180-degree turns. The ruling parties recall the need for European partners to maintain stable public finances and recall the public concern for price stability.

Wolff recalls that the concern for economic stability and orthodox politics runs across virtually the entire German political spectrum. Hence, there will be no big surprises. “It became clear four years ago, when Scholz was asked about his role in Merkel’s coalition government and he replied that, in Germany, a finance minister always acts as a finance minister,” recalls the director of Bruegel. “I do not see in Scholz a visionary or idealistic commitment, but I do see a clear determination for a more sovereign Europe”, closes Otero.