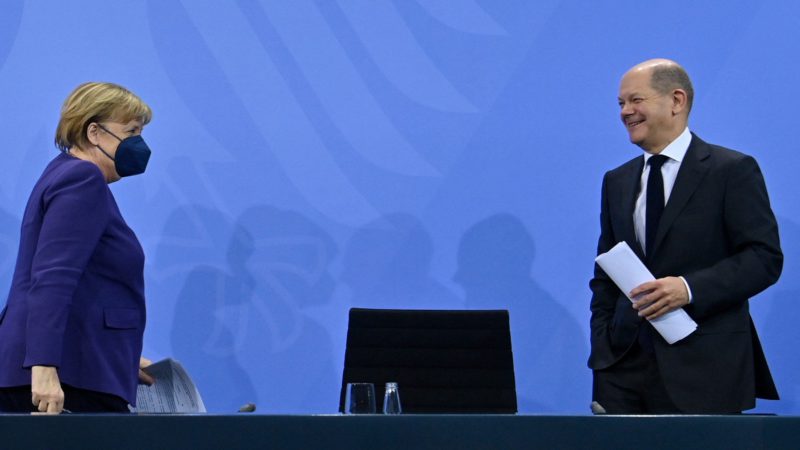 Germany raises the bar on the restrictions against Covid every day: this Thursday it announced the isolation throughout the country of the unvaccinated and that it will implement mandatory immunization foreseeably starting next February. This is what the outgoing Chancellor has said, Angela Merkel, following his meeting with his foreseeable successor, Olaf Scholz, and regional leaders.

Measures taken include the closure of nightlife from certain levels of infection incidence, as well as restrictions on public events and contacts, especially between unvaccinated citizens, that they will not be able to meet with people outside their family nucleus. This supposes, de facto, a home confinement, a confinement in which they will not have access to non-essential shops, restaurants, places of worship and entertainment, Chancellor Angela Merkel announced on Thursday.

The covid has already been collected more than 100,000 dead in Germany, which currently has a cumulative incidence in seven days of 429 cases per 100,000 inhabitants.

«The epidemiological situation is very serious. We have to break this fourth wave and so far we have not succeeded, “said Angela Merkel on Thursday when presenting the conclusions of the meeting, the last that she chaired before handing over the Government to the tripartite that Scholz will lead from next day 8.

Merkel recalled that hospitals are reaching their limits and an “act of national solidarity” is necessary. “It is going to be a very harsh winter, the harshest we have experienced so far in a pandemic and especially for trade, but we must act consistently,” added the head of the Berlin Government, Michael Müller. Müller took the opportunity to criticize the lack of solidarity and social responsibility of the minority that has not yet been vaccinated in the city and in the country.