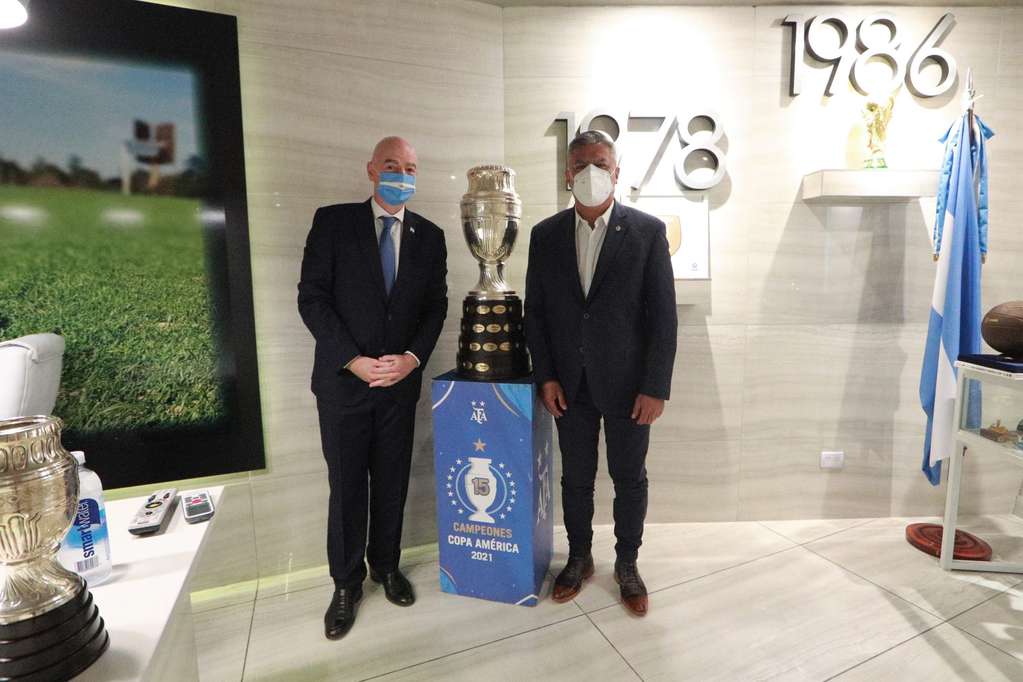 Gianni Infantino, on the premises of the AFA: he asked again for a World Cup every two years and spoke of the decision of the suspended Brazil-Argentina

The FIFA President Gianni Infantino He is in Buenos Aires and today toured the facilities of the AFA campus in Ezeiza in the middle of his South American tour that also took him to Chile, Colombia and Ecuador. Accompanied by Claudio Tapia, head of Argentine football, he again asked for the organization of a World Cup every two years and criticized the way the match between Brazil – Argentina for the Playoffs.

Infantino got to know the venue and was at the inauguration of an arbitration center from where the VAR that will be implemented in Argentine soccer from 2022 will be controlled. Then, he gave a press conference in which he referred to various issues.

“Clearly what I have to say is that it is a pending case in the FIFA Disciplinary Committee. I am not going to intervene. The legal bodies of FIFA are independent. What was seen cannot happen. A match cannot be interrupted that way. It is unacceptable. It is always good to define the matches inside the field of play, but it is not always possible because we have rules ”, replied the FIFA president when asked about the match between Brazil and Argentina that was suspended in São Paulo for the Qualifiers towards the World Cup of Qatar 2022.

“We don’t want to see more images like that because it is something that makes football bad. Let’s see what they decide, “he added.

“In December we will define it because it is a very important issue. I was negative about it at first, but when I analyzed it and saw the proposal, I realized the benefits it can bring to the world. We are going to solve it before the end of the year ”, he stressed about the imminent resolution of the issue.

“Today a player like Leo Messi travels 400 thousand kilometers every four years. A European player travels ten times less at the same time, with changes in weather and schedules. That is why the international calendar must be changed ”, he emphasized about the problems of the current calendar.

“It is a particular emotion because it is the first time that I am in this place. They spoke to me very well and I think this site is awesome. Soccer is lived here and all Argentines should feel proud. It is a center of absolute level and in the world there are not many like that. It has the magic of Argentine soccer ”, was the first thing Infantino said about the AFA site in Ezeiza. “We inaugurated an arbitration center for Argentine football to have Video arbitration soon and it is something that we are going to promote with FIFA worldwide,” he said.