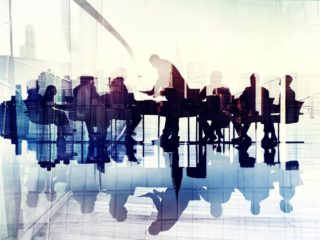 GitHub provides the first release candidate for version 3.2 of its paid Enterprise Server. In total, companies can use over 70 new features in the RC, including two new dark themes and enhanced security functions such as storing credentials in the Git Credential Manager Core.

Dark mode for corporate customers too

Users of the Enterprise Server can now choose between three themes: In addition to the previous light mode, the release candidate can also set the dark mode and the slightly lighter dark dimmed mode. The GitHub website has been available in dark mode since the end of last year, after having been available for the GitHub app for a long time.

The Enterprise Server 3.2 RC starts at various points to increase security. Companies can now store their credentials in the Git Credential Manager Core (GCM Core), which is intended to serve as a safe place for login information for GitHub, Azure repositories and other Git services. The Credential Manager is already included in Git for Windows; it must be installed separately for Linux and macOS.

In addition, the release candidate offers three features marked as beta for GitHub Advanced Security. Firstly, it is now possible to define user-defined patterns for secret scanning – in addition to the more than 100 standard patterns. It is possible to create your own patterns on the repository, organization and enterprise level.

As a second beta feature, the Security Overview shows a new organization level view of the security risks of an application. It is based on the risks found by code scanning, secret scanning and Dependabot. The Dependency Review is also available as a beta feature and is intended to display the dependency changes and their effects on security with every pull request.

A further feature is the uploading of videos for collaborative work – GitHub names the demonstration of a bug or the effects of a pull request as application examples – and the integration with GitHub Actions has also been expanded. GitHub Actions provides tools for automating continuous integration and continuous delivery processes and has also been able to be used with Google’s Dart programming language since the beginning of the year.

The release candidate for GitHub Enterprise Server 3.2 is available for download, GitHub is currently only recommending its use outside of production. Those interested can find all information about the update in a GitHub blog post and in den Release Notes.