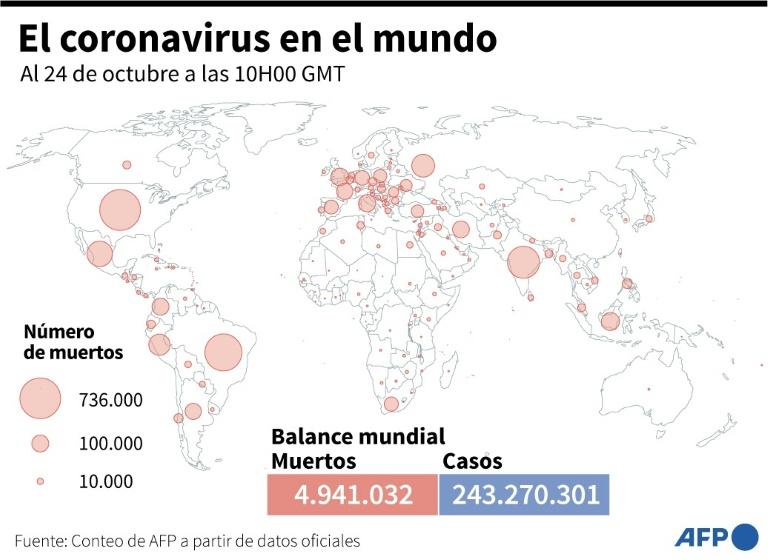 The new coronavirus pandemic has caused at least 4,941,032 deaths in the world since the WHO office in China reported the appearance of the disease in December 2019, according to a balance established by AFP this Sunday at 10:00 GMT from official sources.

Since the beginning of the epidemic, more than 243,270,300 people have contracted the disease.

The vast majority of patients recover, but a still poorly evaluated part maintains symptoms for weeks or even months.

The figures are based on the reports communicated daily by the health authorities of each country and exclude the corrections made a posteriori by the different statistical agencies that conclude that the number of deaths is much more important.

The WHO even estimates that if the overmortality linked to covid-19 is taken into account, directly and indirectly, the balance of the pandemic could be two to three times higher than that officially registered.

A significant part of less severe or asymptomatic cases remains undetected despite the intensification of testing in many countries.

The countries that registered the most deaths according to the latest official balances are Russia with 1,072, the United States (590) and India (561).