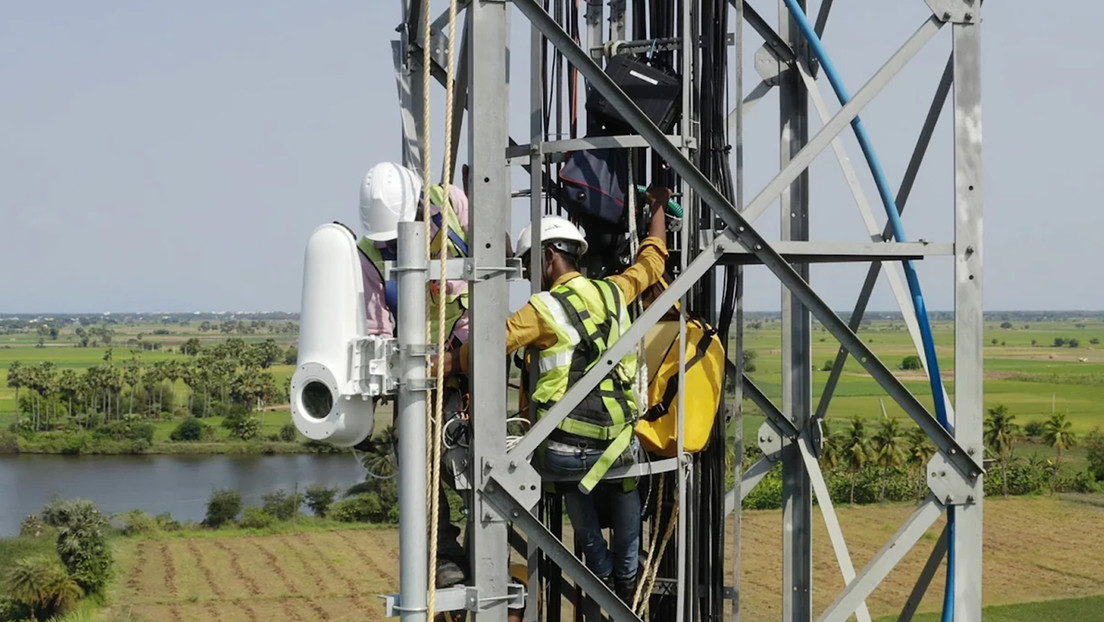 The two cities, with a total population of 17 million, are only 4.8 kilometers apart. However, connectivity is five times more expensive in Kinshasa because the fiber connection has to travel more than 400 kilometers to circumvent the river.

Both cities are located on the banks of the Congo River, the deepest in the world (more than 230 meters) with a very fast flow. Under such conditions, it was impossible to lay a cable between Brazzaville and Kinshasa, so Laboratory X built an overhead line as part of the Taara project, which aims to create a global laser Internet network.

Wireless optical communication (WOC) technology has long been considered unreliable and expensive, but the Google division has perfected it.

First, the specialists have improved the means of guiding and tracking the laser beam so that the Taara terminals automatically adjust to changes in the environment to maintain this precise connection. Now, the transmitter beam can hit a receiver with an accuracy of five centimeters from 10 kilometers away.

At the same time, the Internet laser equipment dynamically adjusts to the conditions, changing the transmission power depending on the time or interference caused by the weather or by the passage of birds or other animals. The latter problem turned out to be especially acute during tests in India, where monkeys were climbing the transmission towers.