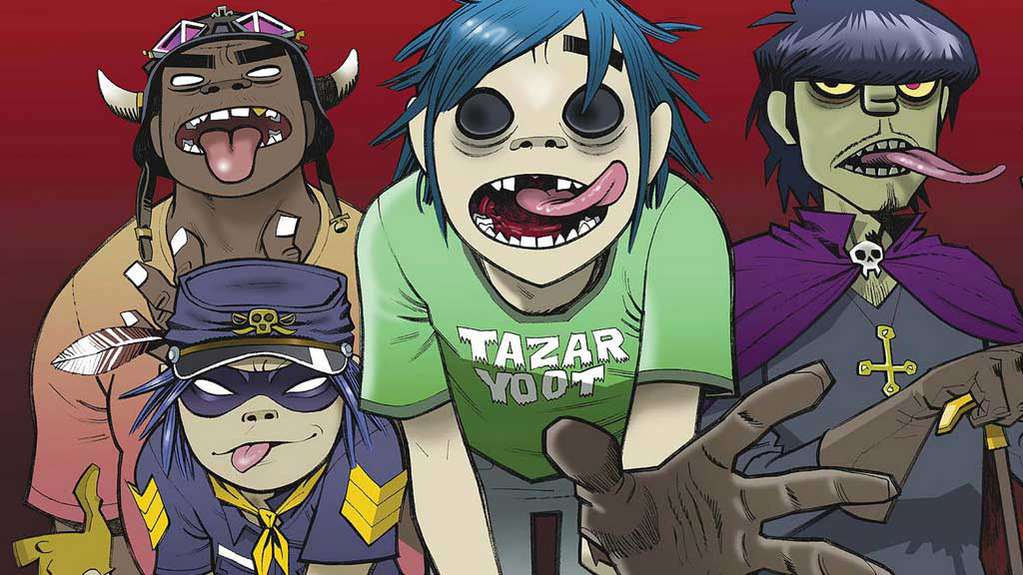 After almost two years of stopping live shows, slowly the main figures resume their activities. After the experience of the recitals via streaming, the musicians can’t wait to enjoy the adrenaline of the stage, with the love and energy of the fans.

Gorillaz, the audiovisual project led by Damon Albarn, Blur singer, is the first international band confirmed to be part of Quilmes Rock, which will be held on April 30 and May 1or 2022. As it was known, there will be more than 50 artists who will pass through the big stage. Many remember his visit in 2017 that was marked by the threat of rain.

At the end of August, the group presented a three-track EP called Meanwhile in celebration of the carnival and the West London district. “Already seen”With Alicaì Harley, recorded live in London; “Jimmy Jimmy” ft. AJ Tracey, full of metal drums; and the song that gives name to the album with the participation of Jelani Blackman with Barrington Levy.

The launch had to do with the 20 years of the virtual band formed by the beloved characters Murdoc, Russel, Noodle and 2D. “Meanwhile is a joyous tribute to the iconic Notting Hill Carnival – suspended this year by the pandemic – and to the West London neighborhood, where the band’s Kong studios are located,” Gorillaz said in a statement.

The carnival of 2000 marked the beginning of something great for the group, with their first outdoor show performing the theme “Clint Eastwood”, on Middle Row Records of Meanwhile Gardens, alongside Sweetie Irie. These three new songs are a recognition of that special moment, which includes the participation of AJ Tracey and Jelani Blackman of Ladbroke Grove and of the Jamaican-born and London-based dance star Alicaì Harley.

With seven albums released, Gorillaz (2001), Demon Days (2005), Plastic Beach (2010), The Fall (2011), Humility (2017), The Now Now (2018) and Song Machine: Season One – Strange Timez (2020), Gorillaz is a true global phenomenon who achieved success in a new and exclusive way, touring around the world and winning numerous awards including the coveted Jim Henson Creativity Honor.

In the middle of the year, with a message on his social networks, the singer announced the launch of his second solo work, which will be called The Nearer the Fountain, More Pure the Stream Flows.

“I originally thought so as an orchestral piece inspired by Icelandic landscapes. This last year he was locked up working on composing the songs, exploring further the themes of fragility, loss, emergence and rebirthDamon Albarn described.

This long-awaited material will be published in physical, digital, cassette and vinyl editions. It will also have a deluxe version, which will take the form of a bound book, with additional photos, Original scanned lyrics and artwork by Damon. Plus a clear vinyl version of the album, a high-quality digital file, and a 7 ” voucher with an exclusive song from the recording sessions. “In a career full of musical changes, new album features expansive orchestral arrangements nested with intimate melodies and a discord that borders on majesty ”, highlighted his record label.

“Polaris” was one of the advance songs on the plate, which was accompanied by its corresponding video, in black and white, where the artist displays all his talent singing on the piano, accompanied by his musicians, and a string quartet. The clip is part of a series of films directed by the founder of Transgressive Records, Toby L, and that will accompany a selection of material from the album. The Nearer The Fountain, More Pure The Stream Flows It can be enjoyed from November 12.