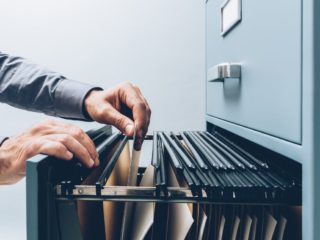 At the GovTech summit organized by Handelsblatt for the first time in Germany, Chancellor candidates Armin Laschet (CDU / CSU) and Olaf Scholz (SPD) as well as party leader Robert Habeck (Bündnis 90 / Die Grünen) spoke about the present and future of digital administration and the digital state. What they all had in common was dissatisfaction with the current situation – in the individual interviews, however, there was disagreement over the question of how the situation can be improved.

Robert Habeck made the start. He certified that the German state was severely “underdigitized”: This is evident from overly complicated ticket purchases in local public transport, but also from the ban on US messenger services in German administrative institutions. The former digitization minister of Schleswig-Holstein then presented an agenda with seven points to improve the digital state. Among other things, he criticized the federal structure, which is slowing the progress of digitization: This process requires central systems in order to be able to guarantee uniform implementation. “Digitization is the new normal,” said Habeck. This way of thinking must finally establish itself in the staff.

However, he does not see the need for a digital ministry of its own as imperative: responsibility should continue to lie with the economics or interior ministries in the future. A close exchange between the ministries is important, however. In the end, digitization has to be a top priority – the process cannot be delegated away. A minister must be “made liable by name”. It is also important that the process is now pushed forward: “No matter what it costs: it just has to be paid for”. Doing nothing is much more expensive in the long term.

Olaf Scholz also declared the digitization reform to be a top priority – albeit one level higher. When asked by one of the participants what would change after the SPD won the election, Scholz said: “With all due respect – I’ll be Chancellor”. The topic is very important to him himself, he has worked deeply. No federalism reform is required. Again and again the SPD man appealed to a doer mentality. If a school foregoes a connection to the broadband network only because of incorrect forms, then he doubts that those responsible are seriously willing to change. You shouldn’t keep complaining about foreign software monopolies if you don’t develop and provide platforms yourself.

When it comes to modernizing the administrative system, start-ups also have to play an important role, and the federal government, as an important client, can directly assist young female entrepreneurs. At the same time, however, thinking must move away from the “funding pot mentality”. The money should not flow to the young companies through subsidies and subsidies, but through contracts based on tendering procedures.

Armin Laschet emphasized that the state had to keep up with the free economy in digitizing the administrative apparatus. Citizens become frustrated and distrustful of state institutions if they are used to faster processes in their everyday life and if they are repeatedly slowed down when dealing with the administration. In contrast to Robert Habeck, the CDU top politician did not call for more centralization, but rather less: “The more decentralized, the better”. The best initiatives come from the municipalities because they are close to the people. Particularly in the fight against pandemics, processes at the level of the district administration, such as the disbursement of emergency aid, went better than at the federal level. He also praised the startup scene, which would have enabled successful contact tracking with various applications. This swarm intelligence is now also needed after the pandemic for the digitization of the state.

For the reform process, the creation of its own digital ministry is also inevitable, as his government has already established in North Rhine-Westphalia. It must be a cross-cutting ministry, similar to the finance ministry. This digitization ministry would have to be assigned responsibilities and competencies from other institutions, mainly from the interior ministry. As a vague goal, Laschet formulated the GovTechGipfelthat by the end of the next parliamentary term one had to be “a good step further”. His party’s election manifesto is due to appear on June 20. The chancellor promises: “The modernization of the administration plays a major role here”.