Grains on the rise, following a global supply and demand report 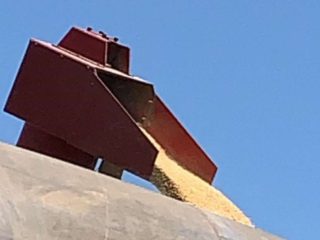 The international price of corn came out favored, at the par of one negative impact on the global price of soybeans, and to a lesser extent also for wheat, after knowing the world supply and demand balance, published this Thursday by the United States Department of Agriculture (USDA).

The salient data is that the North American public body, the main global reference on the production and trade of grains, increased US oilseed stocks higher than expected by the market and low those of the cereal below the average estimated by the operators “, he highlighted Lorena D’Angelo, a grain analyst at AZ GRoup.

In that sense, Eugenio Irazuegui, Head of Research for the cereal broker Zeni, pointed out that “in SoyTaking into account a projected harvest that remained at 119.88 million tons for the United States, it is calculated a final remnant of 4.22 million tons, when private companies anticipated a volume close to 3.97 million tons. At the same time, the current season is expected to close with 3.66 million tons.

Regarding the corn, Irazuegui stated that “the final stocks of the new campaign they fell to 34.47 million tonnes from 38.28 million tonnes calculated in May. Private surveys discounted a volume close to 36.15 million tons. In line with the private adjustments validated this Thursday by CONAB (Brazilian National Supply Commission), the Brazilian harvest was lowered to 98.50 million tons. In this case, a bigger cut was foreseen ”.

For its part, Dolores Rodríguez Pareja, Head of Research and Analysis at Morgan García Mansilla, interpreted that the USDA reduction in Brazilian production from last month, from 102 to 98.5 million tons It is within the forecast, and it narrows the difference with CONAB but it is still above its estimate (96.4 M / t). This review is within the range expected by analysts ”.

The analyst highlighted that while the balances of the 3 main grains for China remained unchanged “, in” USA. increases corn exports for the current season and the use for ethanol, the biofuel that replaces gasoline, which leaves you with lower ending stocks. In this way, the only modification that cycle 21/22 has are its initial stocks, keeping the previous data on demand and production ”.

In the case of soybeans from the United States, “the reverse situation occurs as in corn”, highlights Rodríguez Pareja, “since crushing demand is reduced 20/21 and that implies, higher closing stocks. Although it exceeds the average estimated by analysts, it is within the range of private analysts. For 21/22, like corn, it is only the starting stocks that are adjusted with its impact on the (major) finals. ”

Wheat, with large production in the US and Russia

Regarding wheat, “an increase in US production was reported, although despite this, due to higher forage demand, final stocks were reduced 21/22 below the expected average. With everything, winter grain production in Russia would reach a record 86 million tons, according to the USDA (a million more than last month) and exceeds the data of the private ones, which were closer to 80 million tons.

The good news for regional data is the higher demand for Brazilian wheat imports on 21/22 that the USDA rose from 6.8 to 7 million tons and that supports Argentina’s export perspective with its main destination for the product, which is expected to harvest 20 million tons in the current season.