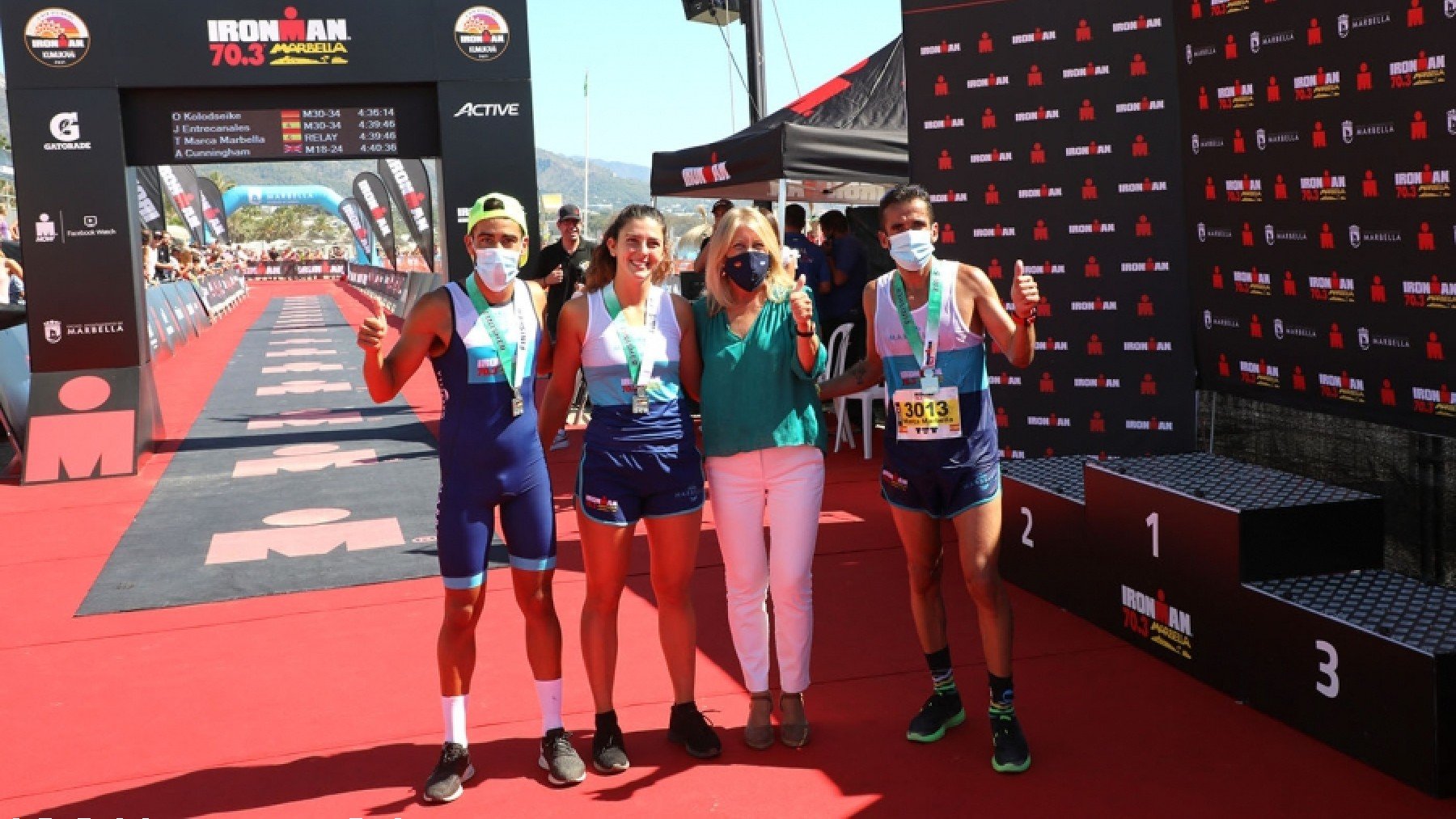 Great success of the Ironman 70.3 in Marbella with about 1,300 participants from 60 countries

The Ironman 70.3 of Marbella It was a great success with about 1,300 participants from more than 60 countries and the mayor of the city, Angeles Muñoz, highlighted this Monday the success of the test, where the members of the Sampedreño team Marina Castro, Ismael Rojas and Javier Díaz Carretero, under the sponsorship of Marbella brand, champions were proclaimed of the mixed relay category.

In the international event, which had representatives from more than 60 countries, they finished in first place in the classification Patrick Cometta y Lucy Byram in the male and female categories, respectively. Mayor Ángeles Muñoz, who has been key to the celebration of the Ironman 70.3 in Marbella, participated in the awards ceremony and expressed her satisfaction for the great success of the event.

The near 1,300 participants They had to face a very tough Ironman that began with the swimming test (1,900 meters), continued with the cycling test (90 kilometers) in a circuit that crossed the municipalities of Ojén, Monda, Coín or Cártama, and ended with a half marathon (21 kilometers) on the Paseo Marítimo de Marbella.

«The name of Marbella and the brand Ironman They have been a great pairing. In these moments of recovery, both at a sporting and economic level, it will be an important milestone to be able to celebrate this test at an international level “, said the mayor of Marbella, Angeles Muñoz, who has fought more than anyone for the Malaga town to continue hosting this important international event.

«The idea of ​​Marbella is to continue betting so that we have events of this nature and of this level. But the adjustment plan will lead us to reorganize, prioritize and restructure some of the actions that have been carried out so far. We will have to ask for support from the rest of the administrations and also make an appeal to private initiative, taking into account that the economic recovery is going to be a reality in the coming months ”, concluded the mayor of Marbella.