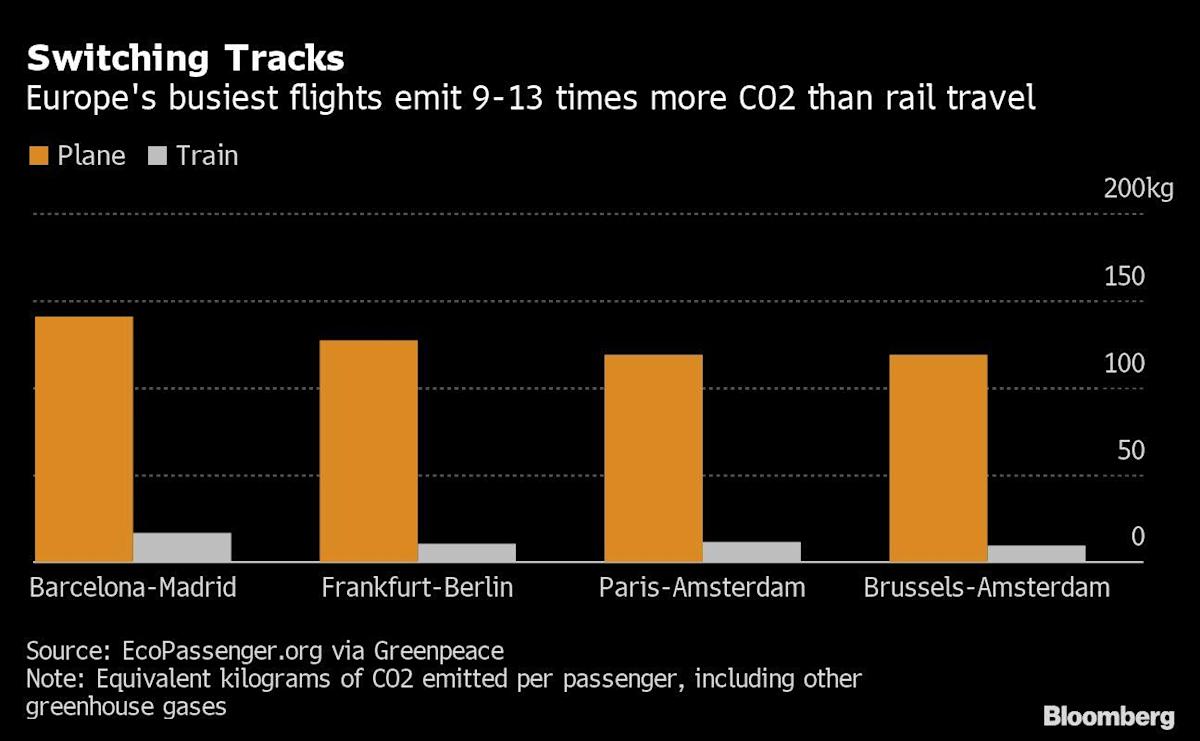 (Bloomberg) – The environmental group Greenpeace has called on the European Union to ban short flights on routes where train travel is available for distances of less than six hours, in a sign of increasing pressure facing governments to take more drastic measures to avoid a climate disaster.

More than a third of the 150 busiest short-haul routes within the EU have a viable rail alternative with travel times shortened to six hours, including popular routes such as Paris-Amsterdam, Madrid-Barcelona and Munich-Berlin. according to research published Wednesday, just days before the COP26 climate summit begins.

Connections with non-EU states such as the United Kingdom, Norway and Switzerland provide additional opportunities to move flights, notes the report by Greenpeace and the OBC-Transeuropa study center.

Greenpeace is also pushing for an end to policies that lower the price of airline tickets, such as exemptions from value-added tax and kerosene, to help make train travel fairly priced. Monopolies in many rail services, including those run by governments, are another factor that tends to make rail services more expensive.

The call to take a tougher stance on air travel stands in contrast to calls from the aviation industry for a coordinated push, with abundant subsidies and incentives, to accelerate the introduction of technologies such as sustainable aviation fuels, while fighting more drastic measures that would increase costs or reduce flights.

The aviation industry is coming under increasing pressure from governments and climate groups to decarbonize, a call that has been amplified ahead of the climate summit. While long-haul flights are responsible for most of aviation emissions, shorter routes are more damaging in terms per passenger and per kilometer due to the energy required to take off, according to Greenpeace.