Gregorio Pernía, where he lives: this is the farm in Santander that became his family’s refuge 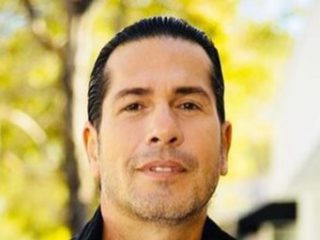 Fernando José Gregorio Pernía Maldonado or also known in the artistic world as Gregorio Pernía, is an actor who in the mid-90s began his career with an extra character in the telenovela “My only truth” and in 1998 he participated in the production of “La Madre”. With the passing of time, he has managed to perform in successful productions that have broken international records, such as “Without breasts, there is no paradise.”

Gregorio Pernía He has two children with the model Erika Rodriguez, but years before he was married for five years to the actress Marcela Mar with whom he had a son.

Likewise, his love for his country led him to participate as a candidate in the Colombian legislative elections in 2010 to be part of the Senate for the Radical Change party.

Currently the Colombian actor is considered one of the artists who is very active in social networks where he always publishes photographs and videos of his different activities. Thus, on one occasion, he surprised his followers with a beautiful landscape.

Precisely, it was on his social network Instagram where the Colombian actor published a video where he showed how is his luxurious farm located in Piedecu, Santander (Colombia) where he spends his days enjoying the tranquility with his family. In this way, Pernía drew the attention of his thousands of followers who sent him positive messages.

In this farm it could be appreciated that it has plantations of tomato, avocado, oranges, mandarins, sapotes, soursop and banana and a great view of nature with birds of different species. A very cozy place to spend a quiet season.

“What are the things of life. Sometimes some people want a truck, a big farm, and it’s in a simple house. Life is more beautiful like this with everything at hand“Said the actor.

To the former participant of MasterChef You can also hear him say “this for me had always been a dream … those are the things that one always wants in life”.

This is how Pernía enjoys this place with her family and does not have to envy anyone.

“If it is important to have a plane, but I don’t like that kind of thing. First, because I don’t have the money, why do we start inventing it, and secondly, if I had it, I wouldn’t buy a luxurious truck or anything, because I feel sorry for myself riding in one of those trucks with so many people who are starving.” I note.

Gregorio Pernía also made headlines due to a discussion he had with Catalina Maya about him in MasterChef Celebrity.

The event occurred when during a test in which they had to cook achiras, where Pernía used two ovens to make almost 140 biscuits from Huila, something that was not allowed, because it had to be done in just one.