Guilty Gear Strive, its fit in the saga and future in Spain: "It can hit very hard" 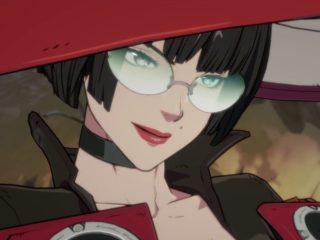 Guilty Gear Strive It arrives in early access this Tuesday, June 8, and on sale for everyone on the 11th with the desire to be the new reference fighting game of the coming months. The introduction of rollback has been key to generating expectations in a genre that has been marked by a very unreliable online system in most of its most important games. And now that some are reaching their decline with latest seasons or updates, ArcSystemWorks comes to present a new king.

With the arrival of Strive, we chatted with Sharin, founder of BCN Fighters, a community that has promoted fighting games to unimaginable levels in our country, and with Sacred Azure, veteran of the ASW games and who was European Champion of BlazBlue.

Hopes with the launch in Spain

BCN Fighters is one of the culprits that fighting games are growing in Spain. Their talk shows, tournaments first face-to-face and later online and their presence at large events have increased interest in the genre. Now, after more than a year of pandemic, it seems that a game is coming where online is worthy of the 21st century. And that does not go unnoticed by Sharin: “The game comes at a good time. First, because part of the community is in a transition stage that goes from FighterZ, Tekken 7 and Street Fighter 5. Dragon Ball players are a bit abandoned. and many wait for Strive to try new things, it doesn’t help that the online of many of these games is deficient, and that in the absence of being able to travel, that affects the general experience “.

Many people are transitioning from games like FighterZ or Street Fighter 5, and Strive is at the key moment to renew the desire to fight online

For Sharin, the rollback in Guilty Gear Strive can help “many people who during the pandemic have entered the community but have not been able to enjoy the games as they deserve due to the bad netcode”. “That Guilty Gear does not have it, because it has a very, very good online outlet and with a certain reputation behind it,” he adds.

For Sharin, Guilty Gear Strive is going to have “exit success”, especially for the aforementioned. In Spain the game will be “especially successful, at least in the short term”, because “we have our own metagame. We have seen that from BCN Fighters we can promote games and make them play more with streams, tournaments, etc. and Strive arrives at an ideal time to put a new push: people want new things and so do we. “For Sharin, the kickoff will be” very powerful; It will not be Dragon Ball but the first months of tournaments will be strong, we expect a lot from the game. “

The start will be very powerful, and in the short term we will have strong tournaments and months; In the long term, as always, it will depend on the support of the company

The one who is one of the founders of BCN Fighters defines Guilty Gear Strive as a game that “reminds him of Street Fighter 5“.” I think it’s a simple game, but with mechanics that can give a lot of play; I am a little worried about longevity if it doesn’t have competitive support behind it; I don’t expect a Capcom Pro Tour but I would like it to have good support for the online competition. A World Tour that encourages people to compete. In Spain, I am clear that he will have a good start because we are going to support him and many want something new, but in the medium term it is difficult to know what will happen with this and any game “.

Sacred, who is a great connoisseur of the games of ArcSystemWorks, It is somewhat more skeptical with the fit of the game with respect to the previous titles of the saga. “I think the essence of the saga has lost something, both at the aesthetic level where the concept rock/heavy something like the selection of the characters has been lost; but you have to understand that we are facing a restart, in new times and with a more commercial focus “.

The most veteran fear that the essence of the saga has been oversimplified, being a reboot with many playable changes

The player of Wizards Club celebrates “the inclusion of the rollback”, but believes that it cannot be the central hook of the game: “at the level of mechanics, more freedom of action is needed compared to other games, and I think that is due to the size of the characters on screen , in addition to offering a type of combat based more on what happens on the ground, a la Street Fighter “. “The aerial actions have been lowered a lot with a more limited airdash and backdash, and the excessive damage of the blows, which I understand is a way to simplify things for new players, it remains to be seen if it is really a good idea,” he adds.

Go ahead that Sacred considers that, from the betas and what has been seen so far, he has no doubts that Guilty Gear Strive “is a good game”, but his words are more focused on the comparison with “the previous installments”, with which he considers pales more in what is the essence of the saga.