Gunpowder Milkshake, the Netflix movie with a Marvel actress that everyone talks about: When does it arrive in Latin America and Spain? 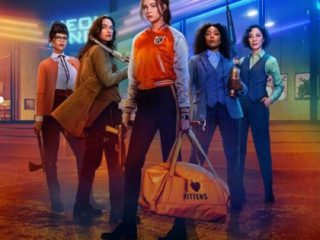 Gunpowder Milkshake It is one of the latest projects to be released on the Netflix streaming service, although it is not their production, but rather belongs to The Picture Company, Babelsberg Studio and StudioCanal. The platform worked as a distributor, as it happened on other occasions, and for the moment it only arrived in the United States. When will it be available in Latin America and Spain?

What is the movie about? Official synopsis: “Eva was the most important thing in the turbulent life of her mother, Scarlet. But her enemies forced Scarlet to flee, abandoning everything, including her daughter. Years later, Eva becomes a cold-blooded murderer following in the footsteps of her Mother. After losing control on a mission, putting an innocent 8-year-old girl in danger, Eva has no choice but to unscrupulously confront her former cronies. And Scarlet and her gang have no choice but to return to try to help her. “.

Criticisms have been regular by the specialized press: Rotten Tomatoes gave it a 64% approval and on Metacritic it has a score of 48/100. “It offers few interesting things to do for the protagonists and is like an adaptation of a comic that is written only to be sold to some study”The Hollywood Reporter said on the negative side; on the side of those who raised their thumbs, such as Ready Steady Cut, they stated: “Skillful, daring and very attractive. A fascinating and innovative western”.


+ When is Gunpowder Milkshake released?

As we mentioned, the film is already available on the United States platform, but the distribution agreement was only for that region. That is why Gunpowder Milkshake will hit theaters in Latin America sometime this year, as there is still no exact date, and in Spain it will be released in September, also in theaters..